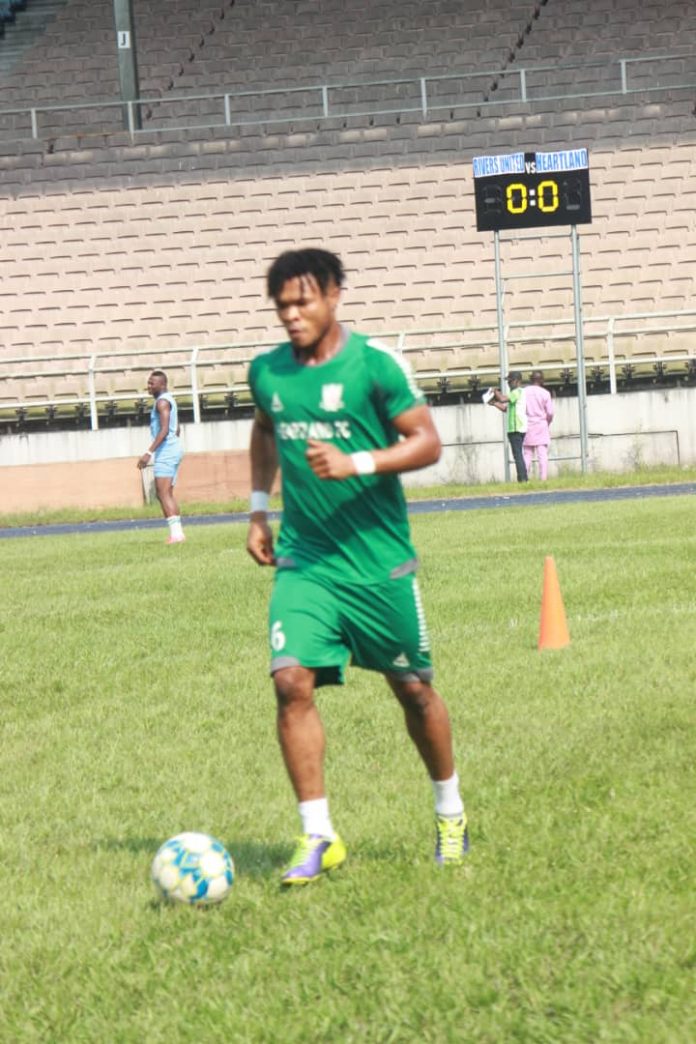 Heartland defender Pascal Eze believes that the Naze Millionaires will bag the three points at stake against Akwa United on Sunday like they did against Enyimba at the Dan Anyiam Stadium, Owerri when they host the Promise Keepers in a Matchday Six encounter of the Nigeria Professional Football League.

The Scientific Boys sealed their first win of the season against their Oriental brothers, Enyimba two weeks ago, but they succumbed 3-1 to Rivers United last weekend in Port Harcourt in an entertaining encounter.

Eze who has featured in all matches for Heartland this season has his sights set on another victory but acknowledged that the Uyo based side, Akwa United are no pushovers in the Elite division league (NPFL) with a record of defeating Heartland in their last three consecutive meetings.

“Its not going to be an easy game, by God grace, the God that did it for us against Enyimba will do it again, we are in good shape, we have put our house in order, which I know by God grace victory is ours” Eze told Heartland Media.

Eze also stressed that Coach Fidelis Illechukwu and his crew together with the management has been working hard to turn their fortunes around having won just once in their last 5 games “Our Coach has been working hard and he’s strongly behind us, we are having some motivation from the Management, which I know that in no distance time we will get better, we will start having our points.”