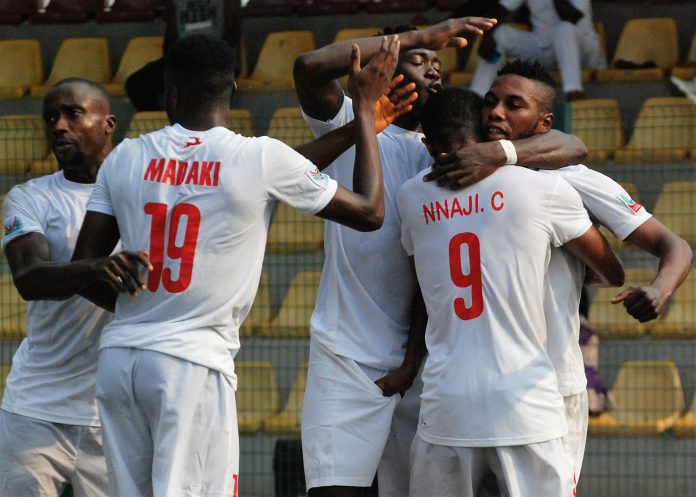 Seven-time Nigeria league champions, Rangers International FC will this weekend be seeking first win over Lobi Stars in almost four years as they slug it out in the ongoing 2020-21 NPFL Matchday Six tie on Sunday in Enugu

The Flying Antelopes have gone four matches without a loss and they will sure be under tremendous pressure to keep unbeaten streak as perennial rivals and bogey team from North-Central, Lobi Stars visit ‘The Cathedral’ on Sunday.

Since dropping all points in a Matchday 1 fixture in Port-Harcourt against early table toppers, Rivers United, the ‘Flying Antelopes’ have upped their game winning three and earning one draw in the next four games they have played thereafter including a win in Kaduna against Jigawa Golden Stars.

Heading into this weekend’s titanic soccer battle which will be the 27th time both sides will be engaging in a top flight fixture, Rangers’ gaffer will be banking on the youthful zeal of the troika of Chidiebere Nwobodo, Ugochukwu Ugwuoke and Christian Nnaji to dislodge the ‘Invading Stars’ from the ‘Food Basket’ state who under coach Kabiru Dogo have been doing well since the season kicked off in late December, 2020.

With the expected pairing of former Lobi Stars defence lynchpin, Ernest Governor with Uche John in the heart of the ‘Flying Antelopes’ backline, there would be enough experience tenacity to snuff out and extinguish any attacking forays from the duo of Ossy Martins and Austin Ogunye for the visitors.

Though the match will be a closed door game, officials of both sides, sports journalists, medical personnel, F.A officials and security personnel on hand would have a lot to tell about the tasty fixture as there would be no dull moments as Chiamaka Madu, Chinonso Eziekwe, Shedrack Asiegbu and reigning top scorer of the league, Israel Abia pull their acts together to send the ‘Makurdi Warlords’ back to base empty handed even with the likes of Thomas Zenke, Alex Aghahowa, Adeleye Aniyikaye and Chinonso Okonkwo expected to bring their ‘A’ game to the table.

Captain of Rangers, Temitope Olusesi in a chat heading of the feisty fixture said, “To me, the game is going to be a very good game because they (Lobi Stars) are a good side and we respect them just as we do other opponents. We have decided to take every match as a cup final and the game on Sunday in Enugu will not be different. We shall come out victorious by God’s grace.”

Down memory lane, the visitors have an edge over the host as they have earned 13 victories in the 26 times both sides have met with four drawn matches while nine have ended in victories for the ‘Flying Antelopes’ who have on the rise in their last four encounters.

Going into this fixture, both sides seat on ten points apiece having won three matches and drawn one with one loss suffered by each side but Lobi Stars enjoy a superior goals advantage having scored eight goals and conceding four while Rangers have scored five goals and leaked in three goals in five matches already prosecuted.