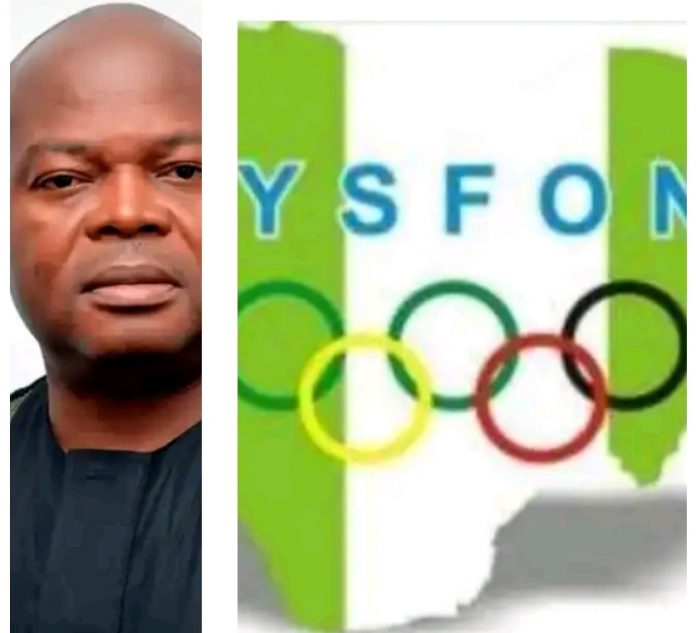 …Sale of Form to start Immediately.

The Office of the Pillar Of Sports Nigeria, Chief Donatus Agu Ejidike has entered into partnership with YSFON Anambra State for the maiden edition of Igwe Nnewi YSFON U-20 Tournament.

Courtesy of Chief Donatus Agu Ejidike, the Nigeria Pillar of Sports, his office will be saddled with the responsibility of mobilizing funds for the tournament while YSFON will discharge the organisational and technical aspects of the tournament.

On how it all started, the Pillar of Sports, Chief Ejidike affirmed,
“We were invited for the Final of Igwe Nanka YSFON U-17 Cup Final, we got so impressed how the State YSFON programmed its vision and we decided to find a way to partner YSFON and this Igwe Nnewi YSFON U-20 Cup will be our first step to our partnership with YSFON.”

With that declaration and going by the assertion of the Chairman, Office of the Pillar of Sports, Mr. Olayioye Ajide they are eager for take off, “we are ready to support YSFON Anambra State, we shall be coming down with the trophy for its unveiling and presentation soon and we have sanctioned the commencement of sale of forms for the tournament.”

The Tournament’s trophy unveiling will take place at the Igwe of Nnewi’s palace after the November 6th governorship election in the state.

Also, the Tournament Organising Team (TOT) will be set up and inaugurated same day of the trophy unveiling.

The State Chairman of YSFON, Engr Akonam Obiefuna, State Executive members and leadership of the Local Government areas have all expressed their delight with the Anambra born, Pillar of Sports, Chief Agu Ejidike and Nnewi town for their kind gestures and promised to put up a befitting tournament.