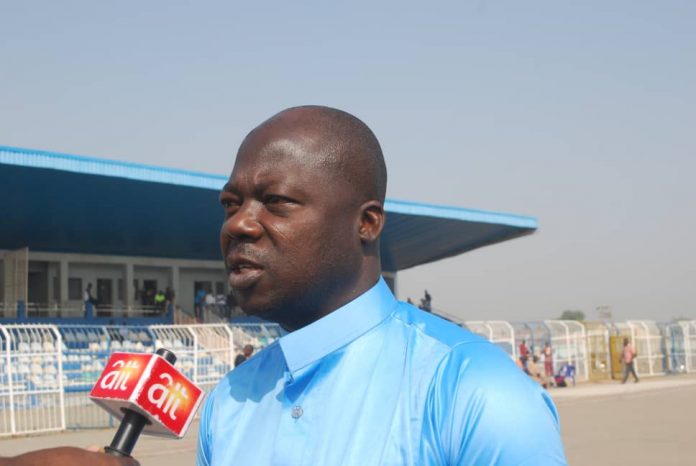 Chairman of Nasarawa United Football Club, Barr. Isaac Danladi, has charged the team to go all out with the aim of picking the maximum points at stake when they confront hosts, Warri Wolves, as the 2020/2021 Nigeria Professional Football League Season enters week six across the country.

The club supremo who was joined by the team’s manager, Solomon Babanjah, gave the charge shortly after the players had a light workout this evening at the Delta State Polytechnic Stadium, Ozoro.

“You have had the feel of the playing turf and should be able to acclimatise,” Danladi told the players in the quote made available to www.dasportstsinment247.com through the club’s official media.

“Warri Wolves almost sent us on relegation last season as they defeated us at home.

“Now, it’s pay back time and also the time to redeem our image here in Ozoro as anything short of three points is not acceptable by us.

“We have to remind ourselves of our promise, which I am sure you all still remember. Halfway, we have been able to pay the price, but we have to work harder to fulfil the promise”, Barr. Danladi stressed.

In their collective response to the chairman’s call, the players assured him and all supporters of the club that “We would not disappoint you nor our teaming fans.”

The Solid Miners versus Seasiders’ tie is slated for the Delta State Polytechnic stadium, Ozoro, on Sunday, 24th January, by 4pm.