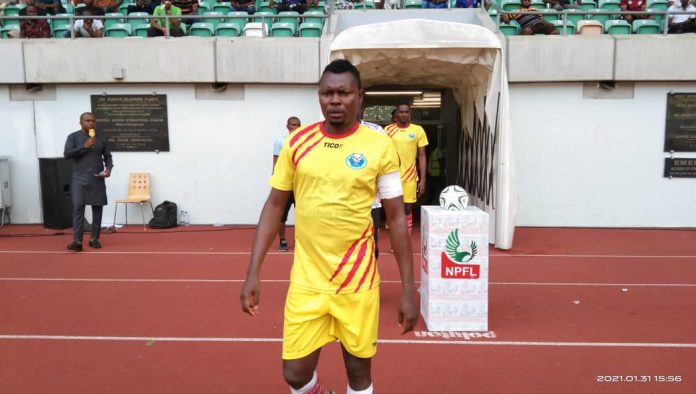 Warri Wolves skipper, Goodluck Onamado, has predicted a win against Plateau United on Wednesday at the Delta State Polytechnic Stadium, Ozoro in a NPFL fixture.

Speaking ahead of the game billed for Wednesday, Onamado said the players are distraught that they were without a win in their last three games in the NPFL.

“When you lose at home and you go away to lose again, it’s so painful,” Onamado stated.

“Sometimes in football, everything doesn’t just go the way you want it.

“I’m not a happy captain, because of our recent results.

“Against Plateau United at home, we must play to get the result.”

The ageless center-back said they are aware of the Plateau United’s ‘threats’ ahead of the encounter, noting that they would be wary of the antics of the Peace Boys on the pitch.

The Seasiders will trade tackles with Plateau United on Matchday 8 of the NPFL at the Delta State Polytechnic Stadium in Ozoro in continuation of the league.