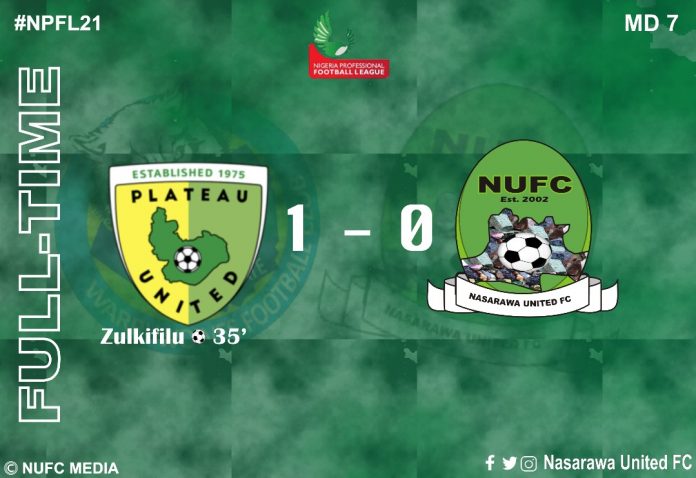 Nasarawa United, who were the last unbeaten team in the Nigeria Professional Football League (NPFL) this season saw their incincibility end in Jos where they were pipped 1-0 by Plateau United at the New Jos Stadium on Friday in a Matchday Seven tie.

Mohammed Zulkifilu’s 36th-minute goal put paid to the Solid Miners’ unbeaten start afterr a good cross from Amos Gyang. The vital win lifted Plateau United to fifth on the table temporarily with other games to be decided on Saturday and Sunday across Nigeria.

Nasarawa United stand the risk of losing their top spot as six teams are close enough to push them down the ladder. Among them are Rivers United and Enyimba with 12 points each as they host Adamawa United and Katsina United respectively on Sunday. Others are Lobi Stars, Kano Pillars, Rangers and Kwara United, all three points behind.