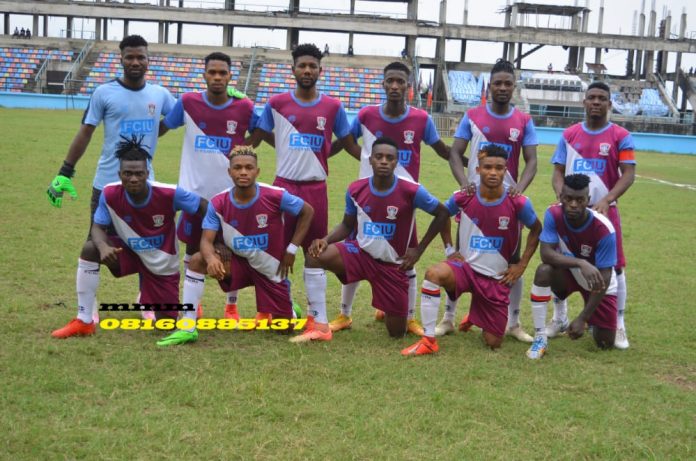 The League Management Company (LMC) has approved the return of FC IfeanyiUbah to their fortress, IfeanyiUbah International Stadium, Nnewi after the team served out two matches banishment to Nnamdi Azikiwe Stadium, Enugu.

The LMC clamped down on the IfeanyiUbah Stadium, Nnewi after violence allegedly erupted in the aftermath of their goalless home draw to Rivers United, and the club was ordered to play their home games in Enugu indefinitely.

The Anambra Warriors hesitantly prosecuted the first game of their banishment to Enugu against Jigawa Golden Stars after they made LMC reschedule the fixture but they didn’t honour the second game against MFM two weeks ago and were subsequently walked over.

In a letter addressed to the Chairman, FC IfeanyiUbah, Chukwuma Ubah and signed by the Chief Operating Officer of the LMC, Salihu Abubakar, the league body said upon the review of the club’s additional security arrangements, the Nnewi side could now honour their home games at the Ifeanyi Ubah International Stadium.

“Kindly be advised that upon a review of your additional arrangements, the League Management Company (LMC)hereby approves the return of home matches of FC IfeanyiUbah to the Ifeanyi Ubah International Stadium, Nnewi with immediate effect,” the LMC wrote in a press release made available to www.daportstainment247.com.

“However, note further that you are required to provide evidence of the updated security clearance at the IfeanyiUbah International Stadium.

“You are also to ensure that all return to football protocols as approved by the Presidential Task Force, the NFF, and LMC are strictly adhered to in future matches and activities of your club.”

FC IfeanyiUbah who are in the relegation zone in the 19th spot with 17 points will face equally troubled Sunshine Stars who are 17th with 20 points in Nnewi on Sunday.