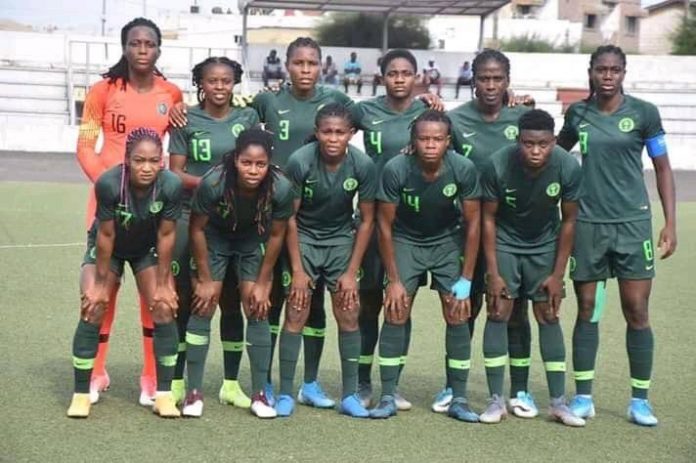 Nigeria vs Portugal
Waldrum promises to ring changes
By Tunde Liadi
Super Falcons head coach, Randy Waldrum has promised that some changes will be made in the team that will face Portugal on Sunday at the Summer Series Four Nations Tournament in the United States.

In his post-match assessment of the game, Waldrum was unhappy at the Falcons’ unimpressive first half and the error which led to the goal and in another interview granted on the eve of the game with Portugal, the American reiterated his desire to tweak the team.

“We are certainly going to have a few line up changes just like I said after the last game and look at a few new players so that is what we worked with a little bit today,” Waldrum told the Super Falcons’ Media in quotes made available to www.dasportstainment247.com.

The head coach who expressed optimism that about two more players could join up with the team before the end of the tournament urged the Falcons to make a quick start to the game against the Portuguese whom he termed as a tough opponent to face.

He described the Portuguese side as a very disciplined and organised side but he is very hopeful the Falcons will play better than they did against more tactical European side.

“I’m still hopeful we may still get one or two before the camp is over. We are at the mercy of the embassies and so we will move on with those we have,” Waldrum told the team’s media department in quotes published by www.dasportstainment247.com.

“Every time I step on the pitch, I expect to win and that never changes. I thought Portugal was excellent. They had a great game the United States. They planned their strategy very well which almost got them a result. In the last 10 to 15 minutes the US where eventually broken down.

“They are a very disciplined, very organised. The country is really committed toward women football and they made great strides in the last seven or eight years with their programmes. It will be a difficult game and in a lot of ways I think it is going to be a kind of different challenge than Jamaica but a very good team.”