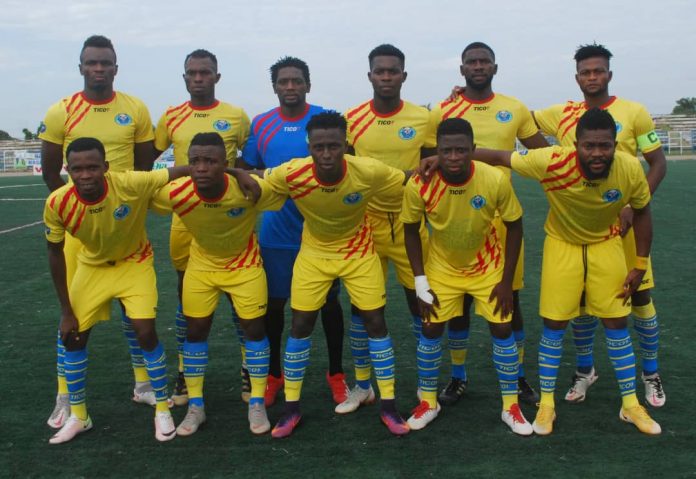 Nigeria Professional Football League, NPFL, team, Warri Wolves, have reminded fans that they would not be part of the Matchday 27 home clash against Dakkada FC on Sunday and their subsequent home matches.

This reminder is contained in a club statement signed by the Club chief executive officer, Etu Moses.

The statement notes this directive is in line with a letter from the Nigeria Football Federation, NFF, dated June 7th 2021.

It pleads with fans to bear with the club concerning the said letter.

The statement, however, says only team officials, players, accredited journalists, and relevant football stakeholders will be at the Delta State Polytechnic Stadium in Ozoro, the venue of the home encounter.

Since the beginning of the current campaign, Warri Wolves have largely played their home games behind doors.

The Seasiders will play Dakkada FC at the Delta State Polytechnic Stadium in Ozoro.

The revised fixture had ended 2 – 0 at the Nest of Champions in Uyo mid-February, 2021.

Nimrod: Sports Is An Industry For Human Development