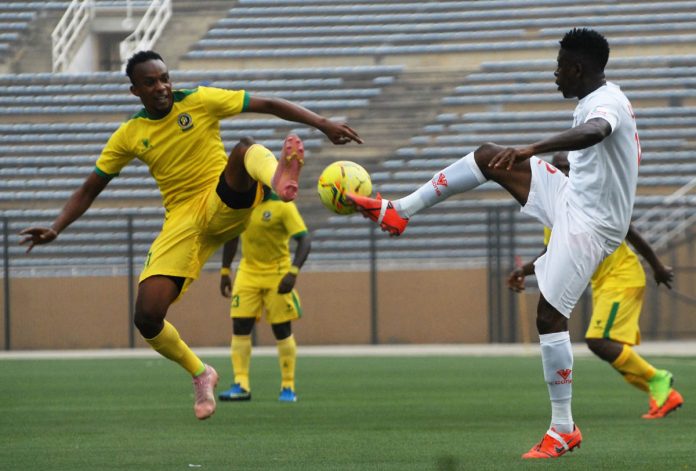 Rangers International FC under the able tutelage of vastly experienced gaffer, Salisu Yusuf, is in the ‘Tin City’, Jos, highly motivated but depleted squad to secure their second win on the road in the season as they engage Plateau United in a match day 18, NPFL 2020/21 fixture.

On current form, Rangers enjoy the bragging rights as it is currently placed second on the twenty team log behind Kwara United who enjoy a superior goals advantage on thirty points from seventeen rounds of matches played while Plateau United are 12th on the log with 22 points from the same number of matches.

Matches involving both sides in the past have never been easy for either sides with the most recent been the 1-0 win enjoyed by Plateau United inside the New Jos stadium in a league fixture on 28th of February 2018 while another encounter in Enugu on December 18, 2019 ended in a goalless draw.

With both club’s forward liners not in short supply of goals in the seventeen rounds of games already prosecuted, supporters and followers of the NPFL are assured of a harvest of goals in this top of the bill encounter as Rabiu Zulkifilu. and Mustapha Ibrahim who have both contributed ten of Plateau United’ goals thus far will be working to increase their tally just as Christian Nnaji, Chinonso Eziekwe and Godspower Aniefiok will be angling to increase their total of eight goals return in the absence of injured, Israel Abia.

Chief Coach of Rangers, Mbwas Mangut, in a chat ahead of this encounter, said, “We are going to Jos with the mind set of getting all three points. I know and appreciate their current form and position but I believe in this team and we expect a tough match from our host. I am not under any form of pressure going back home to play against my home team and I we shall do all we can to make the players comfortable to deliver the goods on Sunday.”

Osas Okoro who is captaining the Enugu side in the absence of injured, Tope Olusesi, said ahead of the fixture, “Plateau United has always been a tough customer any day, anytime but we are motivated to come off the pitch with our heads held very high.”

Rangers will be missing the services of Uche John, Charles Tiessor, Tope Olusesi, Chiamaka Madu, Ibrahim Olawoyin and Israel Abia who are all recovering from one form of injury or another.