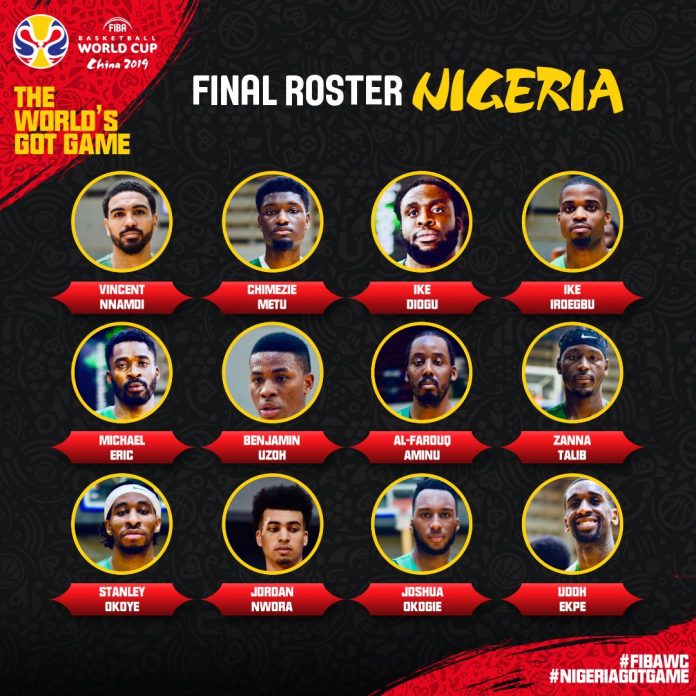 The head coach of Nigeria’s male basketball, D’ Tigers Alex Nwora has made public the list of players who will represent the West African country at the 2019 FIBAWorld Cup.

Nwora made the final list known to the media after D’ Tigers’ Peak Invitational Tournament victory against Poland and Montenegro.

After series of impressive performances in the friendlies, Stockton Kings, Vincent Nnamdi booked a spot in the team alongside new kids on the block, Chimezie Metu, Jordan Nwora and Joshua Okogie.

2016/2017 EuroLeague Championship winner and EuroLeague Final Four MVP, Ekpe Udoh will also be in line to make his debut for D’Tigers alongside Michael Eric

Nwora said the decision to drop Alade Aminu, Ike Nwamu and Deji Akindele who played major roles in the WC qualifiers was not an easy one.

“It was very hard pruning the team from 15 to 12 as required by FIBA,” Nwora told the NBBF Media.

“If I had my way, we would have registered all the 15 players for the World Cup because all these players have unique qualities that they bring to the team.”

Nwora who guided Nigeria to become the first country to qualify for the World Cup said expectations are high for the team to perform which has continued to motivate the entire team to go a step further.

“These are the best players we have at our disposal right now. We are very aware of expectations back home,” he continued.

Nigeria grouped alongside Argentina and Korea will start their world cup campaign against Russia on Saturday in the Chinese city of Wuhan. 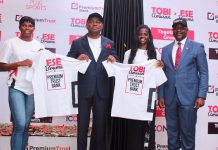 Dare: Amusan, Brume are source of inspiration to Nigerian Youths

Dallaji U17 Basketball Tourney: Kaduna, Kano Coaches in war of...