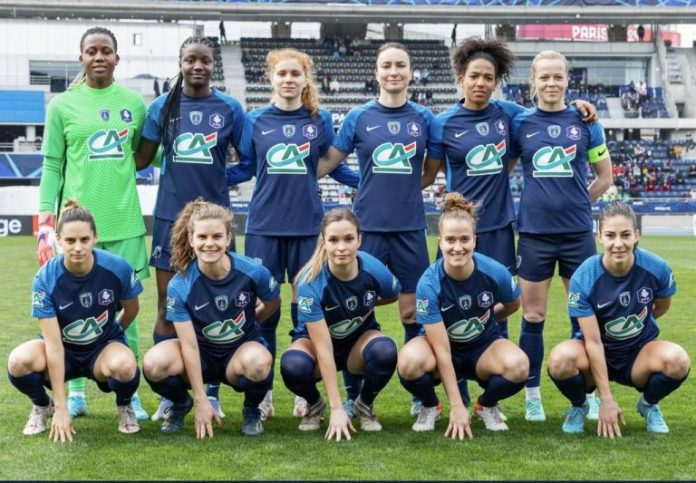 Super Falcons first choice goalkeeper, Chiamaka Nnadozie will make her debut in the UEFA Women’s Champions League after she helped her French Division One Feminine side, Paris FC to pick one of the these tickets.

Paris FC defeated Montpellier 3-1 to move to 44 points from 19 games and thus consolidating their third spot in the French League table with three games to the end of the season.

More importantly the victory ensured that Paris FC cannot be overtaken by fourth placed Fleury 91 FC who were beaten 2-1 at home by League leaders Lyon and now with 34 points, even if they lose the remaining three games against Lyon (8-5-22), Bordeaux (28-5-22) and Dijon (04-06-22).

The goalkeeper will be at the heart of her team’s return to the UEFA Women’s Champions League for the first time since 2012-13 when they cruised to the semi-final before losing to Lyon 9-1 on aggregate.

She took to her twitter handle to express her delight and she credited Paris FC’s qualification to the result of massive hard work they have put in throughout the course of the season.

“Champions League next season, congratulations to team Paris FC,” she began in her tweet.

Golden Eaglets through to WAFU U17 Cup semi finals