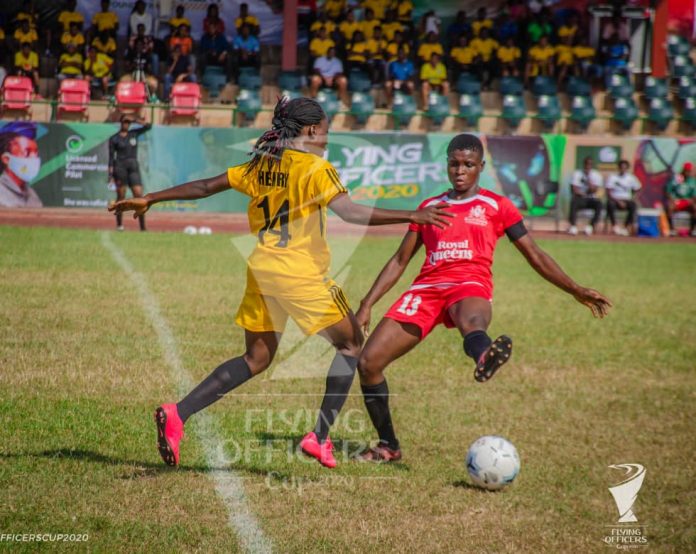 Edo Queens Goalkeeper Sandra Chichi has urged her teammates to create their own history by winning the Flying Officers Cup for the second successive year.

Edo Queens won the Championship last year when it was still known as the Naija Ratels Pre-season Championship and will face a tough opponent in Bayelsa Queens on Saturday afternoon in Abuja as they bid to qualify for another final.

The experienced goalkeeper who has been in superb form since returning to football, is hoping to get beyond the Restoration Ladies and book her team a place in the Sunday’s final.

“This is the start of something great with the team, if we do well here, it means we will have our heads high when the league starts,” Chichi told the Flying Officers Cup Media.

“If we win the competition back to back, it means we have created something unique and that’s what we are aiming.

“It’s a Pre-season Championship but its also a special competition with a lot of glamour and we want to celebrate with funfair at the end.

“They are a good side and we would give our all, as we are more than confident that we would end up triumphant,” She concluded.

Edo Queens remain unbeaten in the tournament with victories over Kaduna Queens and Naija Ratels and a draw with Royal Queens in the three games they have played with Bayelsa Queens presenting the first real test for them.