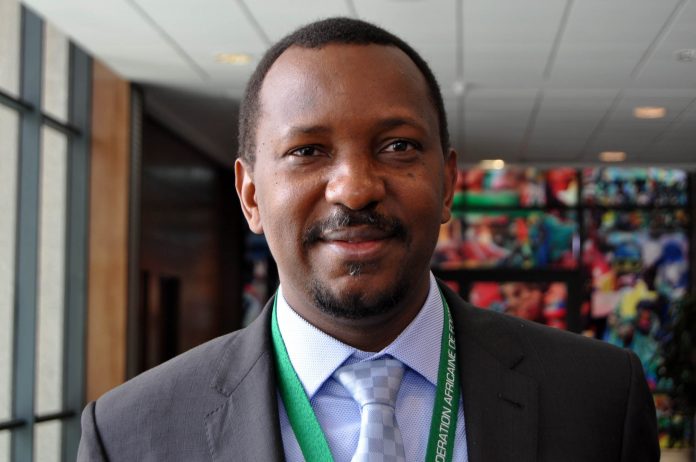 The chairman of the League Management Company (LMC) Mallam Shehu Dikko on Wednesday 6th November 2019 announced to the Annual General Meeting of the Nigeria Professional Football League the five years multi million dollars dea which was designed to see the league on TV amidst other multiple sponsors to boost the commercial values of the league.

Reacting to questions on one of the most popular WhatsApp platform in the country FCT Football Update five months after, Mallam Shehu reassured Nigerians and fans Nigerian football that despite what looks like delays with the deal, everything is going as planned.

“With regards to the Next Digital arrangement, I assure you all is going as plan and I can understand the eagerness and may be inquiries. This is because the transaction is totally unique and has not been done before here so technically it’s a road less travel here thus it’s normal to get these inquiries until it’s sinks in. It’s not a traditional Arrangement we are used to.” Dikko said.

The total projected income revenue from the deal and other commercial inflows is believed to worth over 225 million dollars in five years.

The contract is a comprehensive arrangement for the harnessing and commercialization of NPFL media and commercial properties which stand on four pillars as follows:

1.  Investment Into the league to keep it going as a business/operational concern

2. Investment to set up a competent production capacity to produce the NPFL matches and events to the best possible quality.

3. Distribution of the contents produced in (2) above across all media platforms like OTT, Cable and FTA both locally and internationally.

4. Commercialization of the contents produce and distributed as per (3) above, exploitation and commercialization of other revenues streams available to the NPFL like elite sponsors, partners, advertising, mobile etc and thus generate huge resources for the league collectively.

It’s the forecast of the potential revenues to be earned all being equal from (4) above that will now be available to the JV for distribution to the league as per agreed in the agreement etc. It is obvious from above that it’s a long-term plan and require huge investment and we actually going back to put the sustainable foundation.

Omeruo Academy Under 16-18 Screening Starts on Tuesday in Abuja