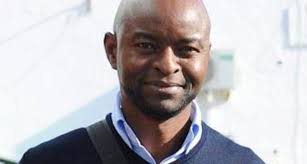 Ex-Super Eagles midfielder, Finidi George has tasked Odion Ighalo to make a further reassessment of himself and make what he feels is the right decision for his career whether to go for the cash and return to Chinese Super League with Shanghai Shenhua or seeks fame and glamour with Manchester United.

Ighalo joined the Red Devils on loan from Chinese Super League side, Shanghai Shenhua in January after taking a massive pay cut to realize his boyhood dream of playing for Manchester United- the club he supported while growing up.

He has had an explosive start to life in Manchester with four goals from just eight games and he is torn between exercising the option of either extending the loan move to become permanent at Manchester United and sticking with his current weekly wage of 100,000 pounds or rejoins his Chinese club for staggering 400,000 pounds weekly take home.

George in an interview with journalists noted that it would be difficult for him to advise the former Lyn Oslo and Watford star with the choice right in his front to make.

The former Ajax Amsterdam winger said that Ighalo at 30 will have a lot to ponder about with not much years left for him as a player but that the striker must weigh his options well and the impact it will have on him later on when he retires.

“For Ighalo I don’t know what he really wants at this point in his career whether he wants to remain in the limelight or he goes for the money,” George said.

“He is 30 years old and football is a career you do for 12 or 14 years at most. If he is 30 it depends on what he is looking for.  If he wants to remain in the limelight he has to choose Manchester United but if he feels he has to make extra cash he has to go back to China.

“That decision lies on him and it will be affected by what he really wants at this point in his career.  If he wants the fame and wants to compete in Europe,  let him stay with Manchester United but he feels he has achieved what he intended  achieving with Manchester United and wants to go back to China for that I cannot advise  him because  I don’t know what it is in his head and what he is thinking about.

“Everything depends on age. If you are 31 or 32 and you feel you have done what you intended  doing  in Europe and you feel it is time for you to go and get some extra cash but he feels he still has much to prove in Europe,  he should  stay with Manchester United.”

Manchester United signed Ighalo for the rest of the season and it is reported that the Red Devils have the option of signing him permanently at the end of the season if he is able to distinguish himself during the initial loan move.