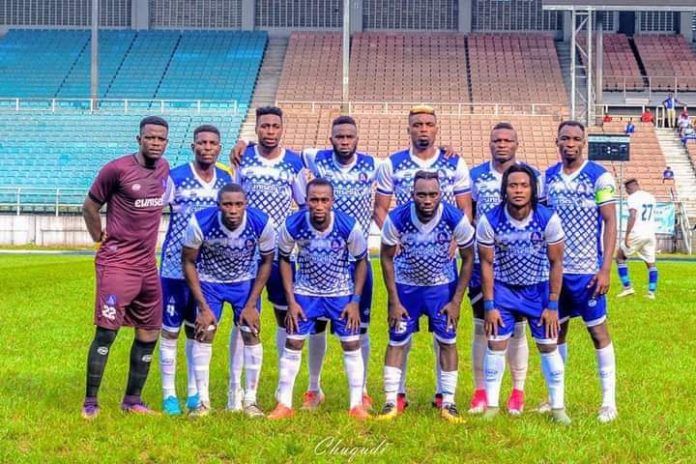 Rangers booked a place in the final on Matchday 1 of the 2nd Ifeanyi Ekwueme Tico/Select Preseason Tournament holding in Enugu.

The Flying Antelopes benefited from a large and well-rested squad to win the tournament’s first two games.

Coach Salisu Yusuf fielded a fresh starting eleven for the next game against Apex Krane with Rangers triumphing 2-1.

Ugochukwu Ugwoke’s nodded effort set the tone in the 22nd minute but Ezekiel Fejiro’s deflected effort levelled up for Apex before Israel Abia secured maximum points for Rangers from a penalty in the 87th minute.

The victory meant Rangers amassed an unsurmountable six points in the three-team group and secured the group’s solitary ticket for the final.

Apex Krane and PXEL Football Academy will now battle for the second position and a place in the third-place match.

Fortune Omoniwari blasted home a freekick from 25 yards in the 13th minute before Adebayo made it two from the spot five minutes later. Kehinde Samson grabbed the third in the 55th minute.

The result puts the Pride of Rivers in good stead to finish top in the group and set up an appetizing final against Rangers.

They would however have to negotiate a hurdle posed by Goddosky FC in their last group match on Tuesday.