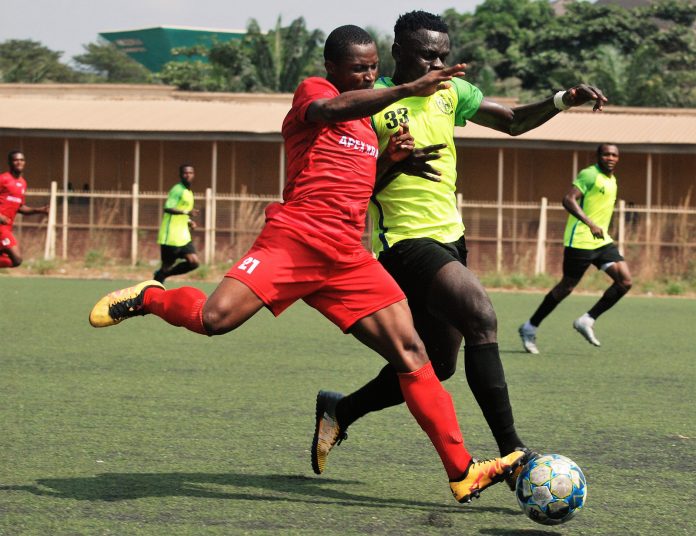 Rangers are through to the final of the 2nd Ifeanyi Ekwueme Tico/Select Pre-season Tournament after they won their both group games on Monday at the Nnamdi Azikiwe Stadium, Enugu.

The Flying Antelopes initially faced PXEL Football Academy in the tournament’s opening game on Monday Morning and there was nothing much to separate both teams until Kenechukwu Agu slotted home what turned out to be the match-winning goal in the 69th minute.

It was a game PXEL gave their all and should be proud of their output even though they eventually lost the game by a lone goal.

Shortly thereafter, Rangers presented new set of players different from the ones that beat PXEL to trade tackles with Nigeria National League side, Apex Krane.

Rangers expectedly drew the first blood in the game through Ugochukwu Ugwuoke in the 22nd minute but the Flying Antelopes didn’t score a second goal and were made to pay for their lack of cutting edge when Apex Krane equalised in the 64th minute through Harrison Nelson.

Apex Krane were close to picking a point off Rangers but they were unable to repel the attack of Rangers marshalled by last season’s NPFL highest scorer, Israel Abia and they ultimately ween they fouled the striker in the 85th minute. Abia dusted himself up to apply the final master stroke from the penalty spot to ensure that unconvincing Rangers win the game 2-1.

Rangers with two wins out of their two group games are assured of a place in the final as Group A winners with six points irrespective of the result between Apex Krane and PXEL Academy slated for Tuesday in Enugu.

Earlier on before the start of the opening game, the TICO/SELECT Ambassador in Africa and the sponsor, 2nd Ifeanyi Ekwueme Tico/Select Pre-season Tournament, Ifeanyi Ekwueme presented branded facemasks to Rangers and PXEL Football Academy.