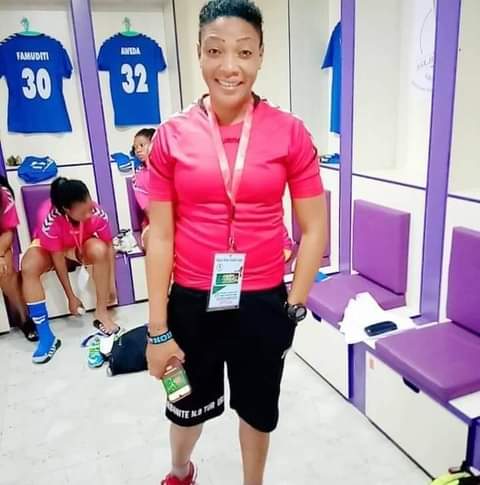 Ex-Sunshine Queens’ defender Esther Michael has vowed to leave no stone unturned as she leads Confluence Queens to face one of her former sides in Matchday Two of Nigeria Women Football League Premiership tie in Akure on Wednesday.

The former Nigeria International during her heydays was rated one of the best defenders in the Nigeria Women League.

Tarash as Esther is fondly called joined the Owena Babes in the 2009/10 Nigeria Women League season from Nasarawa Amazons and left for Confluence Queens after five years with the Akure based side.

The Kogi born young coach ended her playing career with Confluence Queens at the end of the 2018 season to acquired coaching certificate in football.

However, Tarash who is now a member of the Confluence Queens technical crew will go face to face with Sunshine Queens in Akure on Wednesday with three points at stake and she’s relishing the moments already.