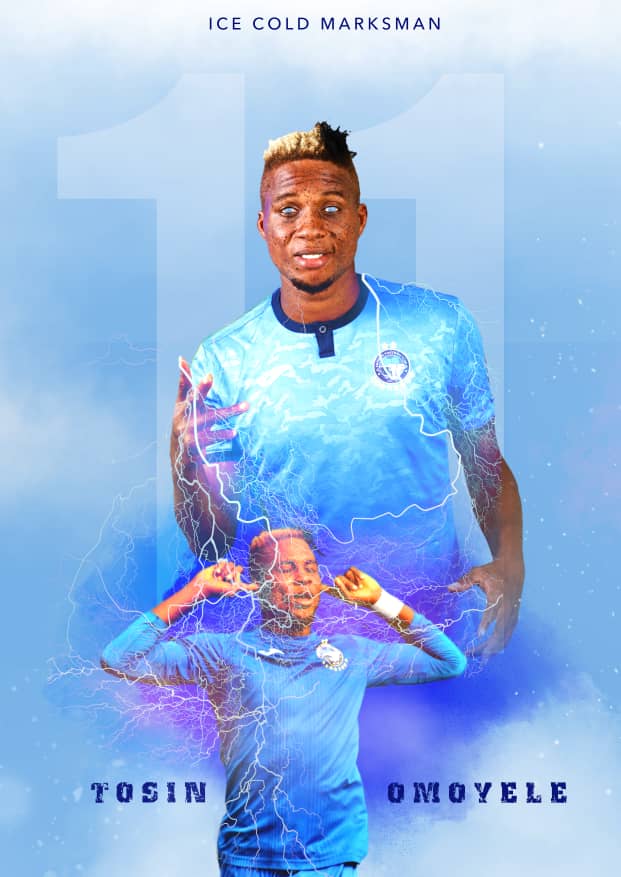 Enyimba have opened up a six-point buffer between them and the chasing packs after they pipped Plateau United 2-1 at the Enyimba International Stadium, Aba in a Matchday 9 tie.

Playing against his former club, Tosin Omoyele used the opportunity to shine with two breathtaking goals to ensure Plateau Uniter rued his leaving in the 27th and 30th minutes before Moses Effiong pulled a goal back for the Peace Boys in the 76th minute.

It was the People’s Elephant that raised the bar in the opening exchanges and after some near misses, Omoyele nodded home the curtain-raiser in the 27th minute after a clever cross from the right flank close to Plateau United goal area.

Omoyele notched his second of the game and his season’s third three minutes after his first of the game through a flying pile driver that left Plateau United’s Chinedu Anozie dazed after a good pass from Enyimba midfield.

The People’s Elephant lowered their guard in the second half after the high tempo of the first half and this handed the initiatives to the visitors who halved the scores in the 76th minute through Moses Effiong to make for a fascinating end to the game.

Enyimba continued their romance with the first spot with 21 points from nine games ahead of their next weekend game Rivers United in Aba for the CAF Confederation Cup playoffs the first leg while Plateau United remain in the seventh position with 11 points.