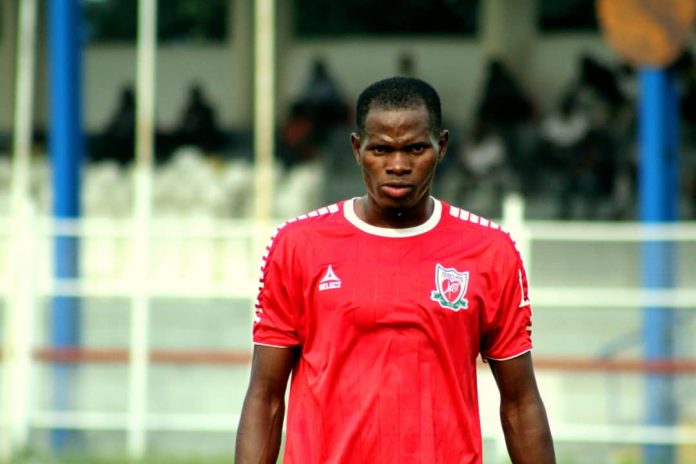 Heartland FC picked up their first win of the season away from home against MFM FC at the Agege Township Stadium, on matchday 9 of the Nigeria Professional Football League.

Goals from Adachi Emmanuel and Jimoh Gbadamosi either half ensured that Fidelis Ilechukwu soared high with a 2-1 victory against Olukoya Boys whom he tutored for 13 years before he pitched tent with the Naze Millionaires last season.

Adachi’s goal in the seventh minute from the penalty spot which was his third of the season broke Heartland’s jinx of not scoring against MFM at the Agege Stadium, Lagos and the visitors took the lead to half-time.

The Scientific Boys were pecked back In the 50th minute by the Olukoya’s Muyiwa Balogun but that goal was shortlived as Midfielder Jimoh Gbadamosi restored Heartland’s lead in the 55th minute with his first goal of the season.

The home team tried desperately to equalise for the second time in the game even with eight minutes added time but the Owerri side held on for their first victory against MFM at the Soccer Temple.

Coach Fidelis Ilechukwu after the game said “I am not happy with the quality of the game but the most important thing is the three points because we need to fight and come out of relegation so I give it to my boys, but MFM had a fantastic game too.

” I told my players that if they lose this game or we don’t pick up a point, I will demote four players.

“For some games now, we have been taking the lead and losing in the dying minutes of the games which I consider is a sign of unseriousness on their job. I told them that they’re playing against a good side and thank God that at the end, we won the game.

My Mantra Has Always Been to Give Sports and Youth Same...