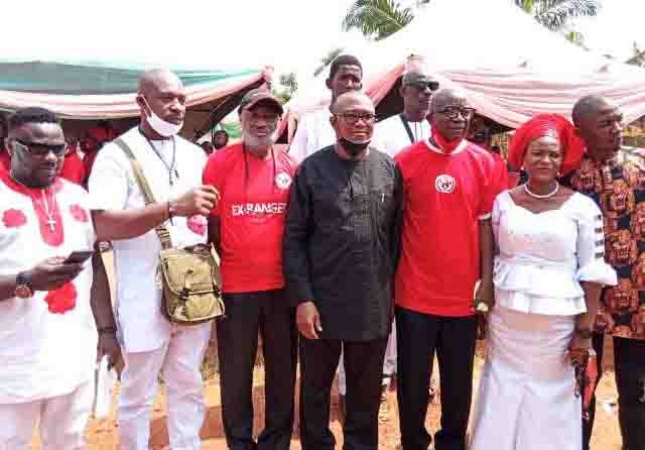 The Vice Presidential Candidate of the Peoples Democratic Party (PDP) in the 2019 elections, Mr Peter Obi, on Friday, February 5, 2021, joined family, friends and well-wishers of Ex-Rangers great, late Nwabueze Nwankwo, also known as ‘Bulldozer’, to bid him farewell as he was laid to rest in his country home at Enugwu-Ukwu, Anambra State.

Obi lamented the apparent neglect, in old age, that befalls great men who had sacrificed a lot to make society better, in their hay days. He said a man like Nwankwo Nwabueze, who was a one-time Green Eagles captain, deserved to be well celebrated.

“I have observed, with interest, the kind of attention given to great men and women who have faithfully served and contributed to their countries globally, even during burials. I followed Maradona’s burial and was marvelled at the level of respect he was given even at death. That showed how his country appreciates his contributions to their football development.

“Unfortunately, ours is a different story. Great men who have made huge impacts in society are often not well taken care of and not appreciated in old age. No government official even attended Nwabueze Nwankwo’s burial. It’s really sad, for a man who gave so much to the nation,” Obi lamented.

Obi prayed God to grant eternal rest to the deceased and strengthen the family he left behind.