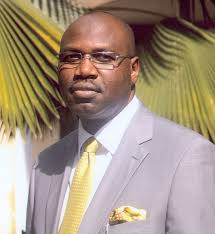 The President of the Nigeria Basketball Federation, Engr Musa Kida is really hurt over the continued absence of a robust Premier League for men which for the past three years has been at the centre of a legal tussle.

The federation said as a country with huge potential in basketball, there should be a high competitive basketball league for men which will give players, coaches and officials a chance to develop their skills.

Having recently gotten a 150m naira sponsorship deal from Total Nigeria for the Division One and Two leagues, Kida said organizing a robust premier league would never have been a problem without the legal encumbrances.

“They handcuffed us and slapping us and we cannot cry. We are legally stopped from having that league. The sad part of this is that the Kwese League Management Board under Olumide Oyedeji and Gombe Bulls took us to court to stop us from undertaking that league are people who claim to have the interest of basketball at heart.”

He wondered how people who go about professing their undying love for the game could embark on such a destructive plan just to prove a point politically.

Kida who was recently named as the 2020 Sports Administrator of the year at the 7th City Merit Award said, claiming to love and promote basketball while stopping thousands of stakeholders from playing basketball at the highest is hard to reconcile.

“I am still trying to reconcile how for the love of the game to be played, you have people who have taken us to court as NBBF to stop clubs from playing, to stop players from earning, to stop coaches from improving themselves and stop many clubs from continental and global representation all in the name of politics. It does not add up”

In their quest to ensure that basketball players in the premier league got engaged, Kida said, “I as President decided to have a champion for Nigeria so I can propose for participation continentally decided without a sponsor to go ahead to organize what we called a President Cup for all the clubs that were in the premier league, give the, a chance to play why we try to vacate the injunction in court.”

For him, the continued legal battle and its attendant adjournments in the last three years is nothing short of deliberate political antics targeted at wasting the board’s tenure.

“We organized President Cup, some clubs did not come but most of them participated and I personally was cited for contempt. These same people who took us to court in the first instance made a submission to the court that we were trying to circumvent the injunction by doing a President Cup”.

He is of the wrong opinion that Nigeria should have a lot of championships which should never stop the Premier Basketball from going on.