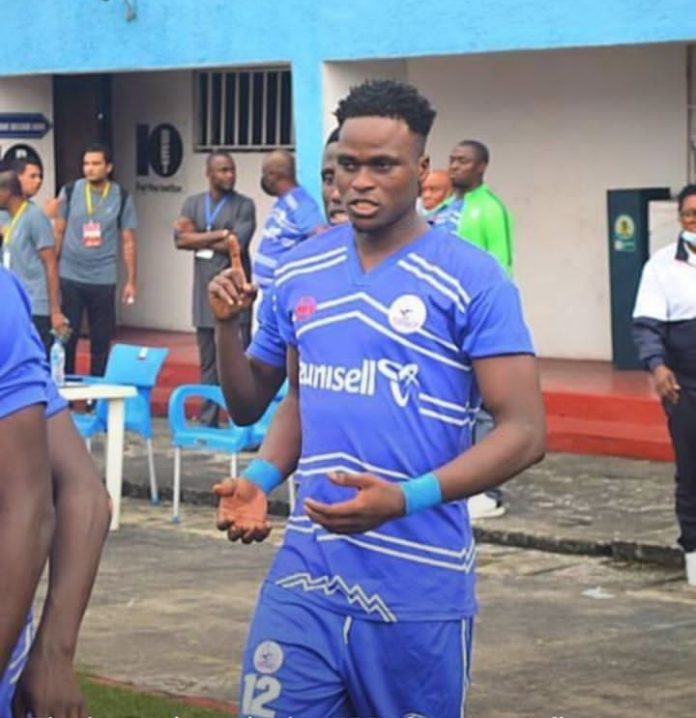 Rivers United youngster Ishaq Kayode Rafiu has described his maiden invitation to the Super Eagles as a dream come true and an opportunity for him and other domestic league players to showcase their talents.

The NPFL leading marksman along with seven other NPFL players have been included in a 30-man squad for friendlies against Mexico and Ecuador in later this month and early June.

The 21-year-old has been in impressive form in the Nigeria Professional Football League with 14 goals and four assists this season and he expressed his delight at his invitation for both games.

The Rivers United winger said he hopes to do his best to convince the Super Eagles handlers that he deserves a place in the United States bound team.

“It is difficult for me to fathom the way I feel about this call up because It is every palyer’s dream to join the national team, so I am really proud to be selected as a 21-year-old,” Rafiu told Dasportstainment247.com.

“I’m happy and now I have to show everyone that I deserve to be there.

“My goal is just to play. I do not know how many minutes I’ll get, but I am happy if I just get 10 seconds.”