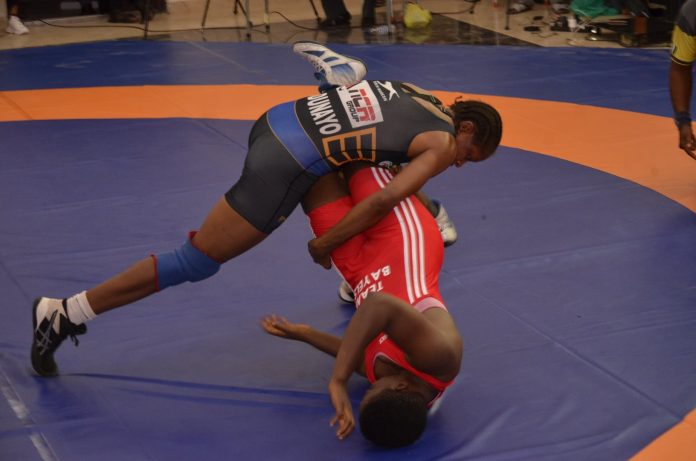 The Nigeria Wrestling Federation (NWF) has announced plans to get the country’s wrestlers ready for the Africa/Oceania Olympic qualifying tournament from 2nd to 4th April and the preceding 2021 African Championships from 6th – 11th April, both in El Jadida, Morocco.

Team Nigeria wrestlers returned to action for the first time in almost a year at the recently-concluded Baraza Champion of Champions tournament in Yenagoa, the Bayelsa State capital, which was held from 15th to 18th January.

Speaking on behalf of the federation, President of the body Hon. Daniel Igali disclosed that the wrestlers will commence preparations for the double –header in Morocco with the forth-coming National Sports Festival in Benin Edo State from 14th to 28th February, before going into an intensive close-camping in Yenagoa a week after the Festival.

The World and Olympic champion added that the plan is to have each wrestler compete in about 15 bouts prior to the qualifiers in Morocco.

“The National Sports Festival which comes up from the 14th to 28th of February will also be another avenue to test themselves and to get ready for the competitions (African Champions and Olympic qualifiers),” Igali, who is also the Commissioner for Youth and Sports in Bayelsa State, said. “Those are all preparatory grounds.

“However, after the National Sports Festival, we are going to give the athletes about a one week break so they can go home, catch up with friends and family, and then, we will invite them back to camp (In Yenagoa) essentially to prepare for these all-important African Championships and Olympic qualifiers.

“So, that’s what we plan, and we think that if we are able to get everybody competing about 15 times before then, we should be fine. Our target will be met.”

World No. 2 in 57kg Women Wrestling Odunayo Adekuoroye (57kg) is the only Nigerian to have qualified for the postponed Tokyo 2020 Games which runs from 23rd July to 8th August this year. However, the NWF is hopeful, at least, seven more wrestlers would join her to Tokyo for the Games.