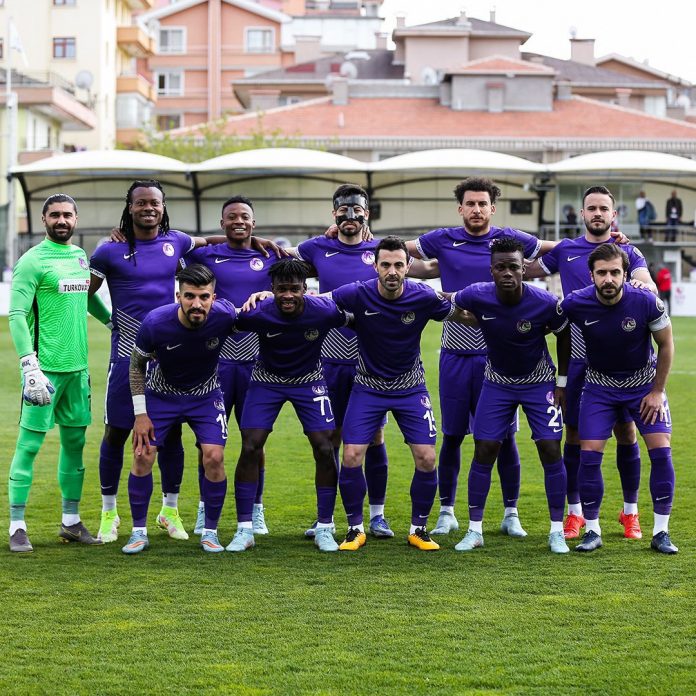 Ankara Keciorengucu duo of Ibrahim Olawoyin and Emeka Eze have vowed to ensure the Turkish 1st Lig side finish the season as high as possible after another blockbuster performance for the club last weekend.

Olawoyin and Eze both notched their eighth and 14th goals of the season in Keciorengucu’s 2-1 home win over Manisa FK and the duo have reiterated their desire to ensure they continue to offer their best in the remainder of the season.

The attacking midfielder opined that it is his personal wish to ensure the modest club finish the season strongly after their slow start to the season.

Olawoyin who previously adorned the jerseys of Enugu Rangers and Abia Comets has beem awesome in his debut season in Europe with eight goals and eight assists from 31 games. He has been listed four times in the 1st Lig Team of the Week and has received rave review from top journalists and scouts.

Eze on his part is in his second season with Keciorengucu and his current mark of 14 goals and three assists from 28 games is by far his best goals return in a season in Europe.

He also informed that he hopes to continue scoring the goals that will ensure Keciorengucu are as comfortable as possible on the league table.

Other players at the Turkish second tier side are Anthony Uzodimma and Alhassan Ibrahim who both joined the club in January this year. The former has played 15 games with three goals while the latter has a goal from 13 games.