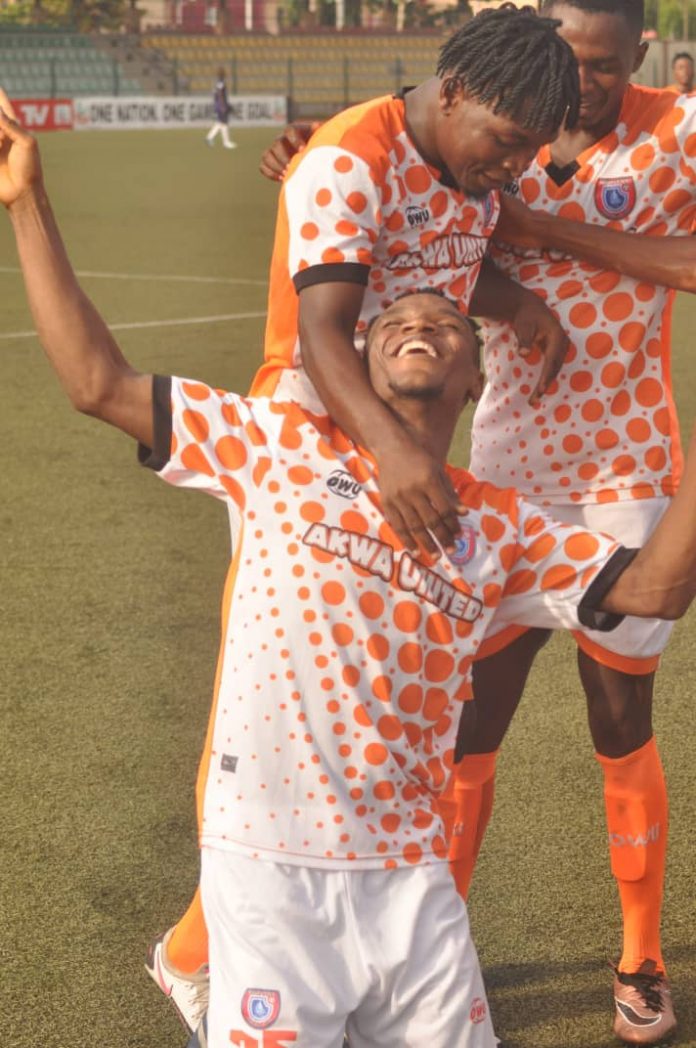 The Owena Whales came into the game with renewed hope having lost by a lone goal to Rivers United in Port Harcourt while Akwa United were 3-0 winners against Lobi Stars in Uyo last weekend.

Despite parading the joint leading scorer in the league in the person of Sadeeq Yusuf, Sunshine struggled to create any clear-cut chance as their chances of playing topflight football got further dimmed by the outcome of their game with the Promise Keepers.

The solitary point was enough to take Akwa United to the top of the table for 24 hours at least on goals difference with 33 points from 19 games but Sunshine Stars are now 16th and could slip further after the outcome of today’s games. They have 16 points from 19 matches.