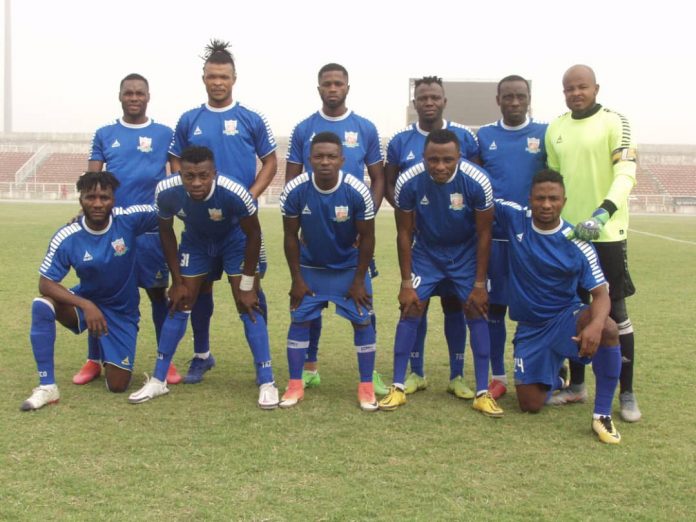 Heartland FC reluctantly took part in individual light workouts yesterday but the players insisted the strike was still in full force until their unpaid wages are settled.

The build-up to the game with Adamawa United has been filled with drama aplenty. The players did not train at all from Monday till Friday and the workout they had was with themselves in small groups.

The information available revealed as at the time of writing this report, only eight players of the 48 assembled by Heartland FC have received alerts for two months salaries and all the players in a show of solidarity agreed to start away from training sessions until their terms are met. The players are complaining that it has been difficult for them to eat and fend for their families because of the Inability of the Imo government to pay them their entitlements.

Some of the players who spoke to www.dasportstainment247.com lamented their sorry state and said they are hungry and unable to cater for even basic things.

“We are hungry and can’t do anything to help ourselves. Football is our profession and we do not have any alternative for now. We have been playing witn an empty stomach,” some of the players chorused.

“We cannot even buy a bag of rice for our family to mark the Easter. It was that bad. We are appealing to the Imo government to come to our aid. We don’t want to die in abject poverty.

” Our minds are now focused because of this monetary distractions. We do not want to lose our motivation as players. It is the reason we are appealing to the Imo Government to help us.”

Www.dasportstainment247.com can report that there was a meeting between the Imo House of Assembly Deputy Speaker, Amara Chyna Iwuanyanwu on Thursday. The Deputy Speaker is also the Chairman, House Committee on Sports. He was able to calm trailed nerves with the assurances that he would take the players to the Imo Governor, Senator Hope Uzodinma to enable the players to lay bare their grievances.