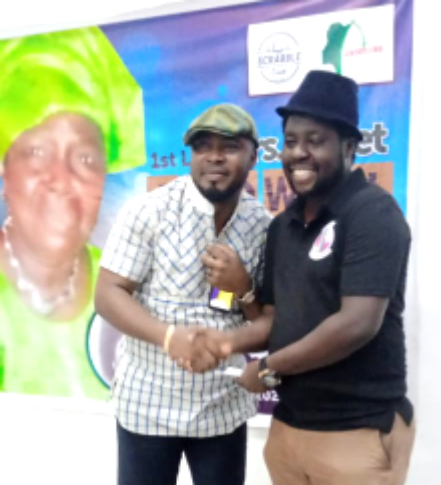 Olumide Oyejide, one of the mid- ranked players surprised many to emerged as the winner of the First Janet Adowei Meet which was held at the COWLSO Resort, Ajah on Saturday.

The No. 21 ranked player of the tournament shocked all by rushing to the top of the standing staving off challenges from other top jammers including national team captain Cyril Umebiye in the closing moments of round 10.

Oyejide maintained an unusual calmness to rattle Umebiye who he encountered in the last two rounds on Table One to push his overall score to 8 wins and two defeats with a cumulative points of 728.

Former African champion Wale Fashina got the runners up position while Babajide Alagbada went away with third place position.

The defeat suffered by Umebiye in the final round landed him in the fourth position.

Tayo Osibote won the prize for the best female player.

Organizer of the Meet, Ebikeme Adowei said the introduction of the tournament was aimed at honouring his mother who died on November 2 this year.

“The purpose aim of this scrabble competition is to commemorate my Mum’s passage on November 2 this year. So it is in our tradition to celebrate major events like wedding anniversaries, burials, birthdays and various milestones with scrabble competitions and that’s why we are here.”

He commended all members of the Scrabble family who gave their backings for the success of the tournament which was graced by about 50 players across the country.

Hakeem Aderibigbe, who represented the country’s most influential online community, the Nigeria Scrabble Friends (NSFriends) said giving support to the Captain of the Lekki Scrabble Club was their tacit way of activating the spread of the sports in Nigeria.

Scrabble bags and phone airtime were given to lucky players at the tournament.