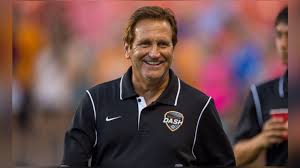 Super Falcons head coach, Randy Waldrum has stressed that his immediate task is to develop and nurture young players in the team to ensure they are ready to take up bigger responsibilities before the next World Cup.

Waldrum in a chat with the Super Falcons media noted that he has not shut the door on some experienced players that were not called up this term and he reckons that he would have a player pool that would be dominated by the cadet teams and the home-based players.

“The opportunity to see a lot of players is very important to me especially this year that is not a qualification year. It is a year to develop a programme. We have met with some of the players that took part at the last World Cup and a couple of home-based players,” Waldrum disclosed in an interview posted on the official YouTube page of the team.

“It will take some time to go through the process of identifying the players we have because Nigeria has a lot of talents. These we have to look at before the next year’s activities. We must expand on the number of home-based players in the team. One of the things I am passionate about is that our player pool needs to be larger.

“We need to give opportunities to the young and upcoming players. I’m talking about those coming through from the Under 17 and the Under 20 and those from the Nigerian league. We need to expand the player pool. Some of the players from the last World Cup are getting older and we have to be prepared to take a look at the young players and get them developed and ready for the next World Cup and subsequent ones,” he concluded.

The Super Falcons are taking part in the Turkish Gold Cup in Antalya and they will face CSKA Moscow of Russia in their opening game this morning.