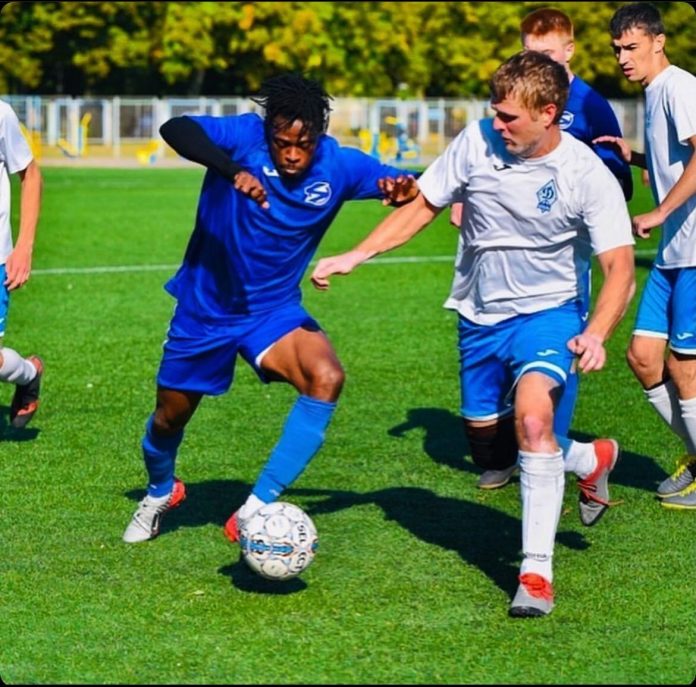 Former PFK Nyva Vinnytsia of Ukraine winger ignatius Chukwukelu has been signed by Czech Republic side SK Detmarovice after he struggled to flee Ukraine due to Russian troops invasion of the former Soviet Union enclave.

Recognizing the dangers of remaining in Ukraine with FC Spectrum, Chukwukelu decided to join thousands of athletes who made their way out of the war ridden country instead of being trapped in the stampede.

“I lived in the center of the city and my house was 15 minutes away from where the war broke out,” Chukwukelu said as he narrated his ordeal when the war started in a chat with dasportstainment247.com.

“I drove for seven days just to find safety. I was later forced to park my car and walked to the nearest border which took about five days. I stayed out in the cold and it was really terrible.”

The forward who has featured for several Ukrainian clubs in the lower division joined SK Detmarovice in the Czech Republic in his bid to kick start his football again and also help galvanize their bid to remain in the fourth division beyond this season.

He, however, stressed that his aim is to help the club escape the drop and also get some comfort after the trauma he experienced while fleeing Ukraine.

“Coming to this club, I saw that they were close to relegation, and my first instinct was to help them to beat that drop and also get my full football mentality right and set up. I hope to be well prepared before the summer transfer,” Chukwukelu noted.

SK Detmarovice are currently 13th on the 14 team log of Group F in the Czech Fourth Division with 11 points from 18 games after their goalless draw at home to Opava II last weekend.

SK Detmarovice will face eighth placed Novy Jicin away on Saturday in a Week 19 duel with the Nigerian expected to play a key role and also help return them to winning ways.