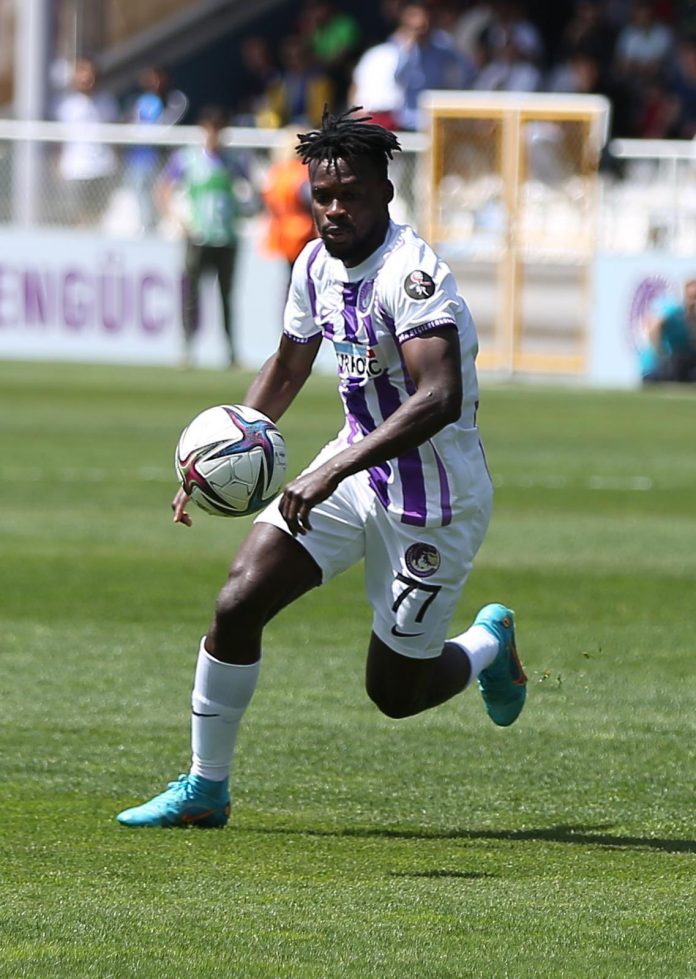 Former Enugu Rangers winger, Ibrahim Olasunkanmi Olawoyin has been adjudged the Player of the Week in the Turkish 1st Lig for Matchday 32 after his Man of the Match performance and assist helped Ankara Keciorengucu to a 1-0 home win over Menemenspor in a tie played last weekend.

Olawoyin was declared the best player of last weekend’s games after he amassed almost half of the votes (49 percent) to beat three others: Moryke Fofana (Samsunspor), Mehmet Tas (Kocaelispor), and Kadeem Harris of Tuzlaspor who finished 2nd, 3rd and fourth respectively with 26 percent, 19 percent and 6 percent of the votes cast on Twitter in that order.

The former Abia Comets winger bagged his seventh assist of the season from 29 matches when he laid the ball on the platter for compatriot, Emeka Friday Eze who scored in the 30th minute for his 11th goal of the campaign from 26 games.

Olawoyin has had an extraordinary start to life in Turkey with four Team of the Week selections and now the Player of the Week in the same debut season he has plundered seven goals to steer Ankara Keciorengucu away from the relegation zone.

With the support of his other three Nigerians namely, Eze, Ibrahim Alhassan and Anthony Uzodimma they have helped Keciorengucu move to the 12th spot with 41 points from 32 games after a poor start to the season.

The win achieved last weekend ended a run of three successive losses and only their second win in April.

Olawoyin and his teammates will hope to start the month of May with a win when they face Bandirmaspor away on Sunday.