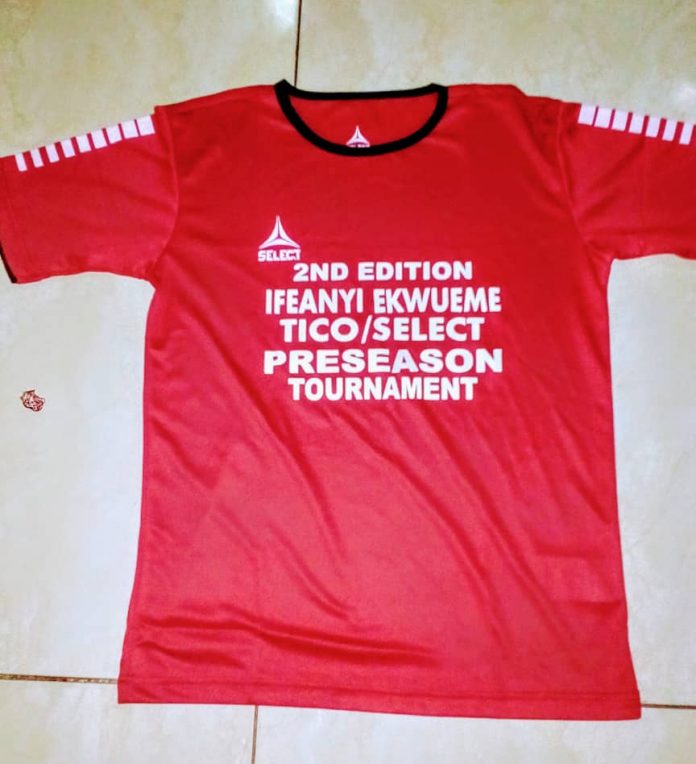 .Rivers United, two others to grace the competition too

The second edition of Ifeanyi Ekwueme Tico/Select Preseason Tournament kicks off in Enugu, Monday morning with Rangers International FC engaging PXEL Football Academy in the opening match in Group A.

According to the draws held at Aaron’s Place on Sunday, Nigeria’s CAF Confederation Cup hopefuls Rivers United will meet last year’s finalists Ingass SC in the Group B opener at 4pm.

Six teams have been listed for this edition. Rangers, PXEL and Apex Krane will do battle in Group A while Rivers United, Ingass SC and Goddosky will slug it out in Group B.

The finalists will wear Tico/Select kits for the encounter.

The top teams from the groups will meet in the final on Wednesday.

Apart from the giant gold trophy to be carted home by the winners, the winners and runners-up will be adorned with gold and silver medals respectively. The top scorer goes home with a golden boot while the best player would bag a golden ball.

Lobi Stars defeated Ingass in the final to emerge winners of the maiden edition.