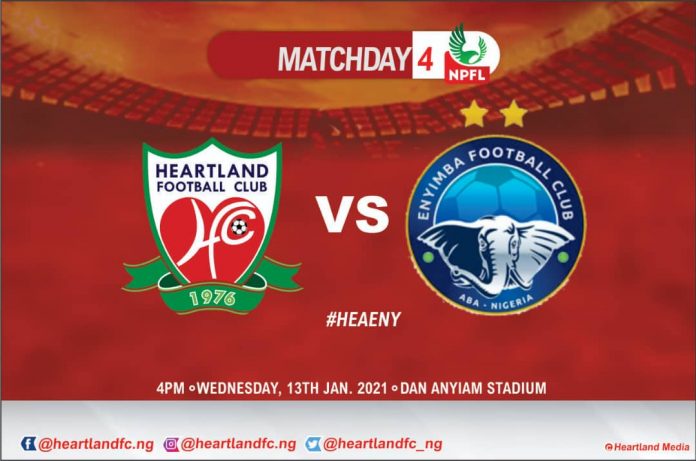 The Naze Millionaires go into this tie with a leaky defence having conceded eight goals in three matches but their neighbours, the Peoples Elephant have maintained a perfect start winning their two games by identical 1-0 against Abia Warriors and Wikki Tourists.

Enyimba recently crashed out of the Caf Champions League In the hands of Sudanese side Al Merreikh and they will strive to sustain their domestic dominance in Owerri but they will meet their match in the Naze Millionaires who are wounded having lost their first three games and are eager for a positive outcome to turn their season around this evening.

Previous matches indicated that present form holds no importance in this Oriental derby tie with the way Heartland thrashed Enyimba (who would later end the season in second-place) 2-0 in Aba. The die is cast and the grass must suffer as two brothers take to the pitch to size up each other even though both are presently with contrasting fortunes.

Despite the little shenanigans in the fold of the Owerri darling club, the technical crew and the players have vowed to put all differences aside for the good of the team in their separate chats with Heartland media.

LAST FIVE MEETINGS BETWEEN BOTH GLADIATORS