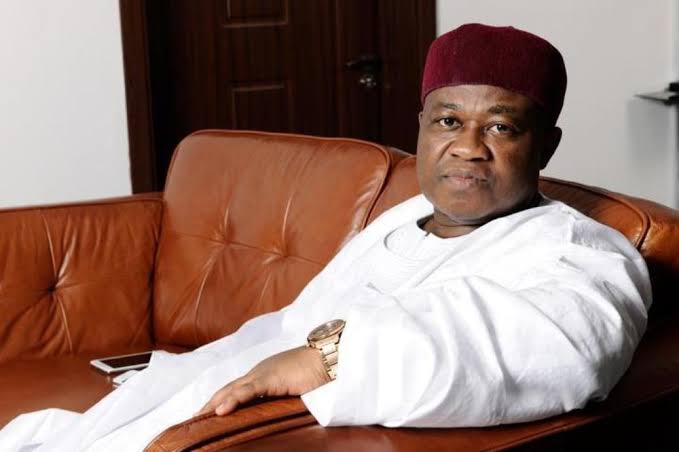 Sports and Youth Development Minister,  Sunday Dare has paid tribute to the Leadership Newspaper Publisher, Samuel Ndanusa Isaiah who passed away in Abuja on Friday following a brief illness describing him as one who fought for a deregulated media landscape and a man with Big Ideas.

“His departure, though saddening and a rude shock will not be enough to diminish his towering contributions to the journalism practice and his bold foray into politics“.

The Minister who lamented his early exit said Ndah Isaiah will be missed because he has left a vacuum.

“The leadership newspaper he championed was one of the boldest steps he ever took. Where most men fear to thread, Ndah threaded and succeeded in doing so “.

Samuel Ndanusa Isaiah popularly known as ‘Sam Nda’, was a Nigeria politicial columnist, Phamacist, Entrepreneur and Journalist. He was the founder and chairman of the Leadership Newspaper.

The decease’s newspaper ‘The Leadership’ reported the shocking news on Saturday morning. According to Nda-Isaiah’s family “We are deeply saddened to announce the news of the passing of the chairman of Leadership Group/National Economy, Mr. Sam Nda-Isaiah.

“We have lost a rare gem in the pen Profession. Sam Nda was a publisher of repute, he has laid a formidable track for others to follow through his hard-work and valuable contributions in the media industry.

“May his humble and gentle soul rest in peace.”

Nda-Isaiah ran for the country’s presidency in the 2015 general election, contesting in the primaries of the All Progressives Congress (APC), with the campaign slogan, ‘Big Ideas’ but lost in the keenly contested primaries.