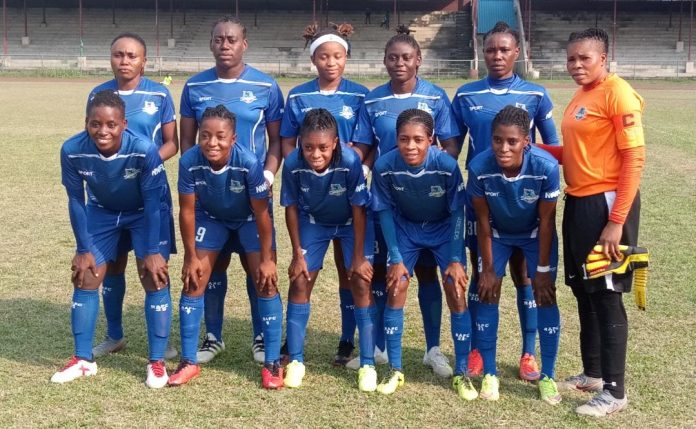 Reigning Champions, Rivers Angels secured their second NWFL Premiership win of the season on Thursday after they humbled Abia Angels 2-0 in the concluding fixture of the Matchday Four ties played at the UNIPORT Sports Centre, Port Harcourt.

The Jewel of Rivers didn’t get a home victory on the platter as Abia Angels made them work very hard and even denied them goal-scoring opportunities in the first half.

Edwin Okon tutored ladies emerged from the half time more business-like and were rewarded with the first goal of the game in the 53rd minute through Vivian Ikechukwu before an own goal by Bakendj Reine in the 89th minute handed the three points to Rivers Angels.

Rivers Angels are among the three remaining Premiership sides that are yet to be beaten in the ongoing season with Bayelsa Queens and Edo Queens the other two.