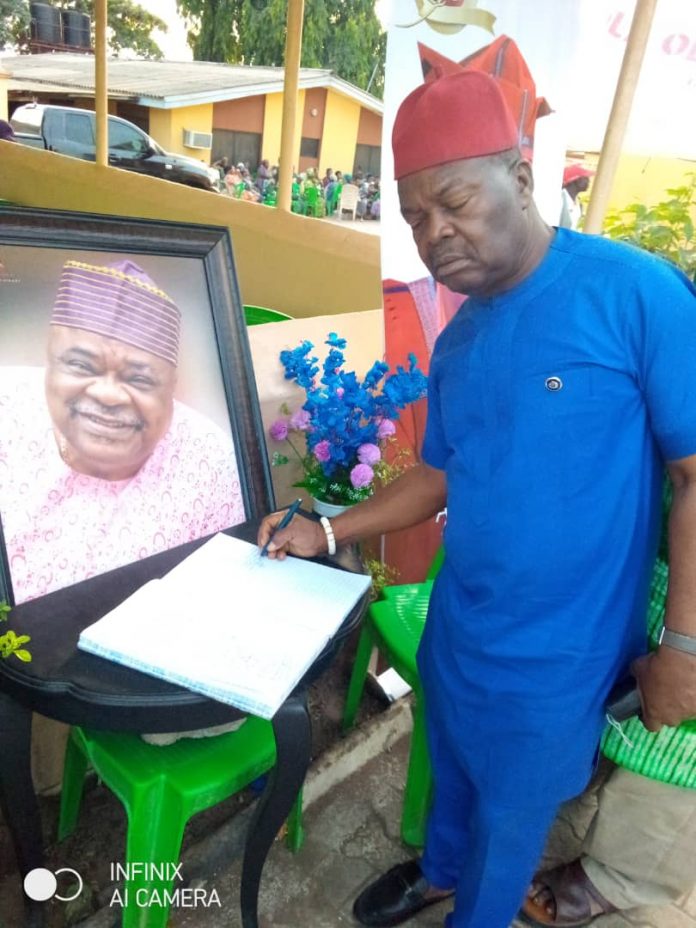 Agu Ejidike who led a powerful delegation to commiserate with the family of late Akala at his country home in Ogbomoso eulogized the sterling qualities of the former Oyo state helmsman especially in the area of grassroots sports development.

The Nigeria Pillar of Sports stressed that the vacuum he left behind will be difficult to fill adding that the entire country will miss his political sagacity.

Ejidike who was accompanied by Prince Ajide Olayioye who is the chairman of office of Nigeria Pillar of sports, Publisher of Sportspro news Bayour Issah a ranking member of office of Nigeria Pillar of Sports to mention just a few expressed their sympathy to the Akala family to take heart and appreciate God for the grace. He urged the family to work very hard to sustain the legacies of the former governor.

The Nigeria Pillar of Sports after signing the condolence register promised to honour and pay last respect at the burial ceremony fixed for February 17and 18 in Ogbomoso.