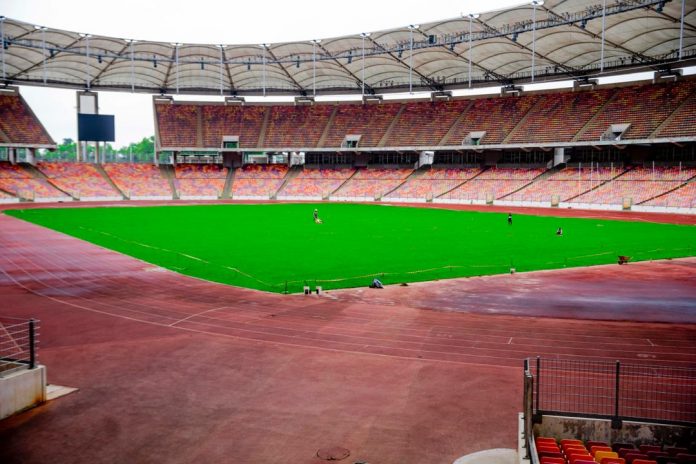 According to Lawal “I am so excited to know that the Moshood Abiola National stadium is back to life. Each time I walk round the stadium, I’m impressed by the progress of going on work. This is how to go about managing sports infrastructure.”

According to the former Julius Berger of Lagos player “When I remember those games I played for the Super Eagles in the same stadium, I think the Minister’s initiative is good, but it will take a while to see the impact of the beautiful work.”

Speaking in the same vein, Former Africa footballer of the year Emmanuel Amuneke said “You can’t succeed in football without good pitches to play on. Poor infrastructure is part of the greatest undoing of most Africa countries not just Nigeria. But I am glad that the Minister knows the important role of good pitches in developing of football talents across the country. Am aware of the on going work at the Surulere stadium, Lagos , I heard he has completed the Daura mini stadium and the Moshood Abiola National stadium is close to completion. I urge all stakeholders to support the Minister’s dream. I have listened to him severally and I’m convinced he is on the right track of changing the narrative of our sports development ,” the former Barcelona player concluded.