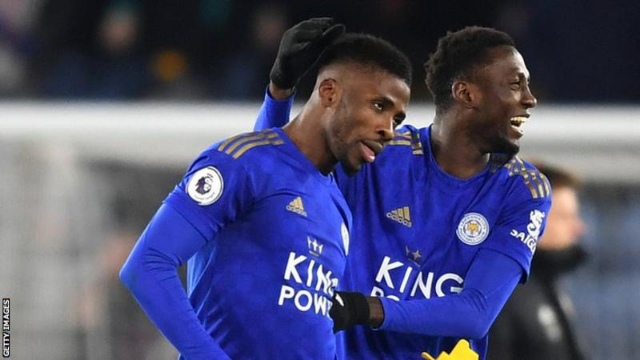 Elsewhere title contenders Chelsea, Manchester City and Liverpool are all in action at the same time on a jam-packed Saturday afternoon of football.

Both could break into the top six this weekend with the Foxes unbeaten in four and the Gunners having gone six games without defeat.

Arsenal won at the King Power Stadium in both the EFL Cup and the league last season — they have not won three in a row at Leicester since 1925.

But with only one goal and nine shots on target in four top-flight away games this campaign, they may struggle on Saturday lunchtime.

And Jamie Vardy normally brings his A game against the Gunners — only Wayne Rooney (12) has scored more than the 11 goals he has netted against them.

Despite opening the scoring in five of their nine Premier League games, the Clarets are yet to taste victory and have dropped more points from winning positions than any other top-flight side.

It is the fourth time in their history they have gone nine games without victory to kick off a campaign and they have been relegated on each of the previous three occasions.

Though the Bees have only won once in their past 12 trips to Turf Moor, they are unbeaten on the road in the Premier League.

And this clash will be the first time these two clubs have ever met in the top flight of English football.

It will be the third time the Reds have gone 20 games unbeaten under the German — only Arsene Wenger and Sir Alex Ferguson have overseen three runs this long in Premier League history.

Even after 5-0 victories in each of their past two league games, they will still be wary of Graham Potter’s Seagulls.

Brighton won 1-0 at Anfield in February and sit fourth in the league despite defeat to Manchester City last time out.

But they will have to keep in-form Mohamed Salah quiet — he has scored five goals and notched four assists in eight games against them.

The Eagles have only won one of the last 12 meetings with City and have shipped 39 goals in their past 16 games with the champions.

And with the visitors conceding twice in each of their past six away games and City yet to let in a goal at home this campaign, it looks a tough ask for Patrick Vieira’s men.

This will mark Pep Guardiola’s 200th Premier League game in charge and with 146 wins, he has already won more than any other manager at this stage of his career.

All the omens point towards that rising to 147 with City losing just one of their past 50 Premier League games that have kicked off at this time.

The Blues arrive confident after a 7-0 thrashing of Norwich and face a Magpies side yet to keep a clean sheet at St James’ Park this season.

In fact, the 14 different goalscorers Chelsea have had is the most any team has managed nine games into a season.

They won on Tyneside in 2020-21 and have picked up three points in five of the past six meetings between the two clubs.

If interim boss Graeme Jones is to spring a surprise, he will need Callum Wilson to add to his tally of six in his past six top-flight games.

Watford vs Southampton (Saturday, 3pm)
Southampton visit Watford and the happy hunting ground Vicarage Road with the aim of climbing above their hosts.

The Saints have not lost at the Hornets since September 2007 and their only defeat in the 13 previous meetings came at St Mary’s in September 2017.

But they will face a confident home side after Claudio Ranieri’s men stunned Everton to win 5-2 at Goodison Park last Saturday.

Watford’s five goals in that statement victory were one more than they managed in their previous seven games combined.

And Saints’ Armando Broja can make history in this clash — if he scores he will become the first player under the age of 21 to score in each of his first three Premier League starts.

United’s record-breaking unbeaten away run of 29 games was ended at Leicester two weeks ago but they have won two and drawn one of their past three trips to Spurs.

They need summer signing Cristiano Ronaldo to step up to the plate — if he fails to score it will be his most barren run in any domestic league since January 2009.

And the match offers a chance for Harry Kane to net his first home goal of the campaign with United conceding more goals (10) in October than any other side.

Norwich vs Leeds (Sunday, 2pm, Sky Sports)
Despite all the negativity surrounding Norwich, they can climb off the bottom of the table with victory over Leeds.

The Canaries have picked up just two points from their opening nine games yet face a Leeds side with struggles of their own.

Marcelo Bielsa’s men have only won once in 2021-22 but are unbeaten in all eight of their league games against sides in the relegation zone since they returned to the top flight at the start of last season.

But the stats paint a sorry picture for Norwich — their goal difference of -21 is the joint-worst of any team at this stage of a Premier League season.

And having failed to score more than once in any of their past 27 top-flight games, they need to produce more quality at both ends of the pitch if they are to taste victory at Carrow Road.

The Hammers saw off Manchester City on penalties in the EFL Cup on Wednesday and are seven away games unbeaten in the top flight — their best run since 1986.

And with Villa losing three games in a row for the first time since March 2020, they look well placed to make it seven games without defeat against their hosts.

The last time Villa had as many as four league games in a month and lost every single one was in April 2016 — if they lose to West Ham they will match that unhappy feat.

And with Danny Ings yet to score against the Hammers in nine attempts and Michail Antonio in red-hot form, the formbooks needs to turn on its head for Dean Smith’s men.

Wolves vs Everton (Monday, 8pm, Sky Sports Main Event)
In-form Wolves host Everton with a place in the top half of the Premier League on their mind.

But their recent record against the Toffees is poor with the visitors completing the double against them in 2020-21.

Bruno Lage’s men are unbeaten in four with three wins in that run and the in-form Hwang Hee-chan is looking for his fifth goal in six games.

It is a full calendar year since Everton lost three league games in a row and they need to bounce back from a shock 5-2 defeat to Watford.

That was the first time in 349 matches of Premier League management that Rafael Benitez has seen his side ship five goals.