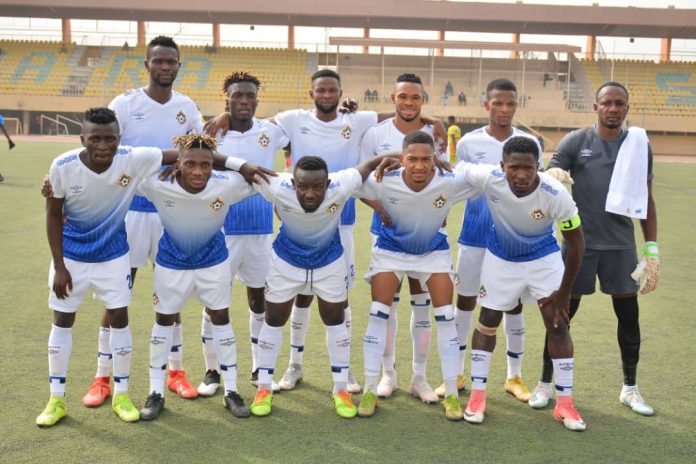 Kwara United will this Sunday face Heartland FC of Owerri in their NPFL week 15 tie with the hope of getting it correctly this time around against the Naze Millionaires.

Heartland were stubborn visitors in their last two visits to Ilorin picking the six maximum points in heartbreaking moments for Kwarans.

But Fidelis Ilechukwu and his wards will be facing a difficult task against a rejuvenated Kwara United side who have been superb so far this season in the Nigerian topflight.

Both teams have met 14 times in competitive games – with the Naze Millionaires winning 8 while the Harmony Boys have 5 wins, as the remaining game ended in draw.

Speaking ahead of the showdown, Coach Abdullahi Biffo admitted that Heartland are one of the best teams in Nigeria, but assured that his men will be getting the 3 points against them on Sunday.

“Heartland have been a good side for years considering their records over us, but we are ready for them and victory is what we will get on Sunday,” Biffo told Kwara United media.

Meanwhile, with 26 points, Kwara United remain on top of the Nigerian Professional League standings, while Heartland occupy 11th with 18 points after 14 games played so far this term.