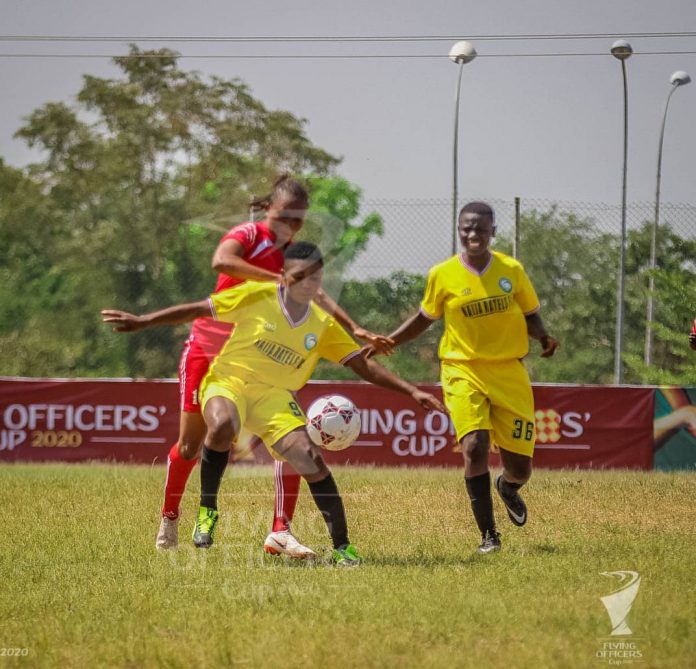 Naija Ratels Captain Paulina Ali has fancied her side’s chances ahead of their tough Flying Officers Cup semi-final tie with NWFL Premiership side, Nasarawa Amazons on Saturday in Abuja.

The young influential captain who has been instrumental to her team’s success so far in the competition noted that on paper Nasarawa Amazons have the edge but that she and her teammates are optimistic of causing a major upset.

“Obviously, I am very optimistic like my teammates. We have achieved an exceptional feat so far by reaching the semi-finals, but we want to go a step further now,” Ali informed the Flying Officers Cup Media.

“On paper, they are the better side and we respect them for that, but there won’t be any respect on the pitch.

“This drives us to be optimistic but we won’t stop working hard on and off the picth. We will keep preparing well for the game and hopefully we can get a very positive result.”

The Semi Final fixtures of the Flying Officers Cup billed for Saturday as from 2 pm are as follow: