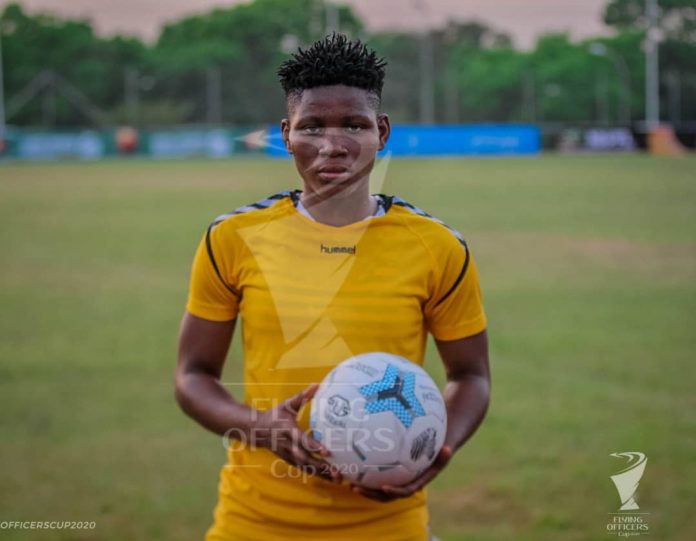 Joy Omewa took great satisfaction in helping her side Confluence Queens get a big win over Honey Badgers on thursday evening but the young lass believes she still has a lot to learn to be a better Striker.

The former Osun Babes Attacker struck five times for Confluence Queens to give her team a resounding 7-0 victory over bottom placed Honey Badgers at the ongoing Flying Officers Cup 2020 on Thursday.

An elated Omewa who was full of praises for her teammates and the technical crew, said she wouldn’t have been able to be that efficient in front of goal without their support and tinkering.

Despite her six goals in the tournament, her team failed to advance to the semi-final and the young forward noted that it was painful that they had to bow out of the tournament such way, but she noted that the experience they garnered in the tourney will always remain fresh in their memories.

“I am really grateful to all my teammates, they really assisted me in achieving this. I wouldn’t have done this without them,” Omewa told the Flying Officers Cup Media.

“I know it’s a huge achievement and one that people will keep saying for long. I really appreciate the organisers of the competition and my manager Whyte Ogbonda for always believing in me. I know I still have alot to learn from, but what happened on Thursday will always make me want to do better,” Ahe concluded.