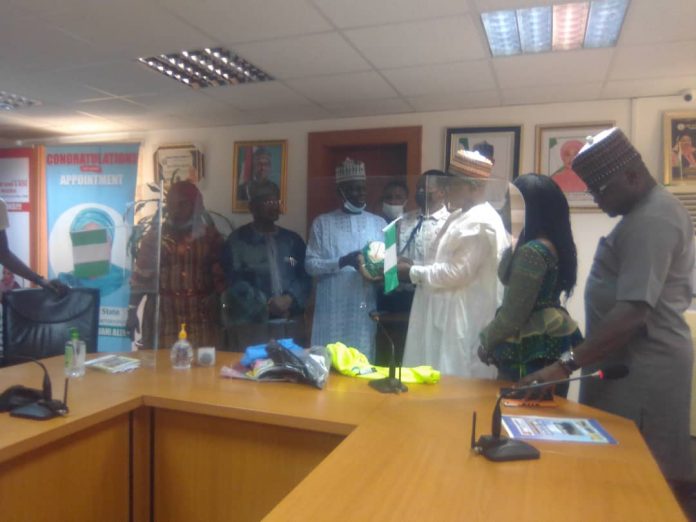 The Minister who was represented by the FCT Director of Sports Mr Luka Isaffanus appreciated the efforts of the Proprietor of the school Alhaji Sani Lulu Abdullahi who was a former NFF President.

He further charged the proprietor not to relent in his efforts in ensuring that more talented players are nurtured to represent the FCT and the country in various levels of football competitions.

He encouraged and advised the management of FOSLA academy to continue working hard and be more patriotic as he assured that the administration of the FCT are very passionate about capacity building especially in youths. The Director assured that the FCT administration will collaborate with the Fosla Academy to ensure that children who are naturally endowed in the Capital city are given the opportunity to combine their academic with their football careers.

Earlier in his speech, the Proprietor of the Academy, Alhaji Sani Lulu Abdullahi had enumerated the achievements of the Academy since 2011 it was established, and commended the administration of the FCT for giving it an enabling environment to operate. He said that the Academy with 70 percent of its students being indigent, but naturally endowed and are on scholarship to University level.

The minister’s representative thereafter, presented 4 sets of jerseys and 10 match balls to the Academy.

Since its establishment in September 2011 as the first privately owned football academy in Nigeria, Fosla Academy has established itself in the round leather game. It has won the FCT Principals Cup from 2015 to date, played up to the finals of the NNPC /Shell All Nigerian Secondary School Competition, Copa Coca-Cola U-15 cup finals, Etisalat U-15 cup finals among others. It has also contributed several players to the various Nigeria Youth teams, and recently became the first Football Club in country that played in the League with all University Undergraduates players.