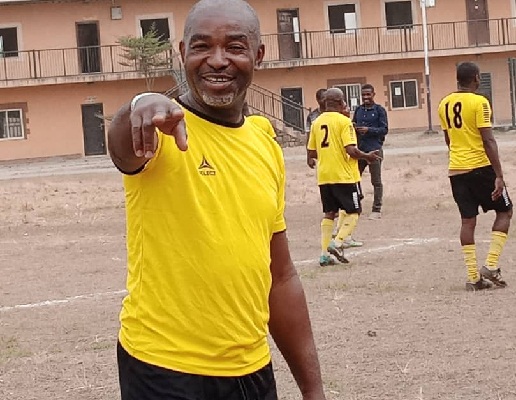 Sports Writers Association of Nigeria, Imo Chapter has mourned the passage to the eternal glory of former Iwuanyanwu Nationale striker, Collins Amadi whose sad event took place recently and will be buried on Friday, July 23rd at his countryhome at Obiangwu, Nkor Okpala, Imo State.

The Imo SWAN members in a press release signed by its Chairman, Everest Ezihe and Secretary, Tunde Liadi extolled the virtues of Amadi popularly called Zigima and thumbed up his fantastic performances for the Naze Millionaires and the Nigeria home-based Super Eagles whom he served dutifully during his lifetime.

The body eulogised his uncommon virtues and pray that God grants him eternal glory and also prays that God gives the Association of Ex-Iwuanyanwu Nationale Players, his family, and football fraternity the fortitude to bear his irreparable loss.

“On behalf of the Sports Writers Association of Nigeria, Imo Chapter we pass our deepest condolences on the recent passing of former Iwuanyanwu Nationale striker, Collins Amadi, aka Zigima,” The press statement stated.

“He will always be remembered as a great team player – verified by his many awards with Iwuanyanwu Nationale. His on-the-field competitive style and skill were only surpassed by his incredible positive influence and zest for life off the field.

“As the days and weeks pass, and as you return to life’s routine, may you continue to feel comforted by the love and support of family and friends that he left behind.

“May your hearts soon be filled with wonderful memories of joyful times together as you celebrate a life well-lived. Please be assured of our prayers.”

In a related development, the Imo Sports Writers Association of Nigeria has also condoled with former Super Falcons star and record goalscorer, Perpetua Nkwocha Nwufoh who lost her husband, Ernest Ikechukwu Nwufoh to the cold hands of death recently.

According to reports, Nwufor, a senior lecturer with Nnamdi Azikiwe University, Awka, Anambra State passed on at a private hospital in Awka after a brief illness.

His death comes just five years after the duo walked down the aisle at Our Lady of Mount Carmel Catholic Church, Emekuku, Owerri North Local Government Area of Imo State on March 28, 2016, in Owerri, Imo state and Imo SWAN in a press statement enjoins Perpetua to take heart and be comforted by the good deeds of her late husband.

The Coach produced the nation’s first-generation women’s footballers and Handballers including Rita Nwadike, Eberechi Opara, Chioma Ajunwa, and a host of other great players of the 90s.

Imo SWAN grieves with the members of the Oparaoji family and football fraternity over the loss of the former Femos and Scorpions Babes coach who hailed from Umuanuma Nguru in Aboh Mbaise Local Government Area for his contributions to the development of women’s football in the South East and Nigeria as a whole.