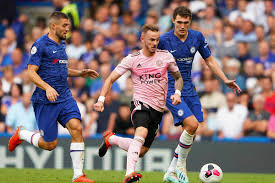 Two more rounds of matches and the fate of many clubs in next season’s European competitions will be decided as the season ends.

Both new champions Manchester City and Manchester United have confirmed their spots in the Champions League, while Fulham, West Brom and Sheffield United will not be in the elite division next term. Attention therefore shifts to European qualifications.

Currently in third place, Leicester City, may still fall below the Champions League places if they lose their remaining two matches, and descend to No 5.

But the Foxes are already guaranteed Europa League participation from the group stage next season as FA Cup winners.

Apart from having the prospect of winning the Champions League on 29th May, which doesn’t not guarantee automatic participation next season, Chelsea will feature in that elite competition if they maintain – or improve on – their current standing at No 4.

Outgoing champions Liverpool can go from fifth to third if they win both matches and other results involving Leicester City and Chelsea go their way, while neitherTottenham nor West Ham can be ruled out of Champions League qualification as they are within the fourth place range, even though faintly.

The best height for Everton and Arsenal is No 6, which will mean their being registered for Europa League. This has factored what happened if Leicester City descend to fifth spot as their FA Cup title will then be used to throw the Foxes into the Europa League.

Torino have their fate in their hands. Just a step and three points above the relegation zone, this fixture offers them the opportunity to stay safe if they avoid defeat.

That outcome will confirm their next opponents Benevento’s relegation along with Parma and Crotone.