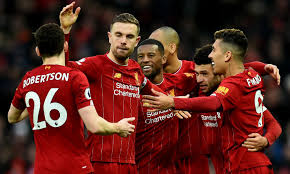 EPL reigning champions, Liverpool will have an opportunity to avenge the humiliating 7-2 loss to Aston Villa in a league tie recently after both teams were drawn to meet in the third round of the FA Cup.

Liverpool went into the Aston Villa fixture at the back of three consecutive wins over Leeds United, Chelsea and Arsenal and were expecting a routine away victory before they got the rude shock of their lives at the end of the day at Villa Park.

Wolves will face Crystal Palace in another all EPL clash