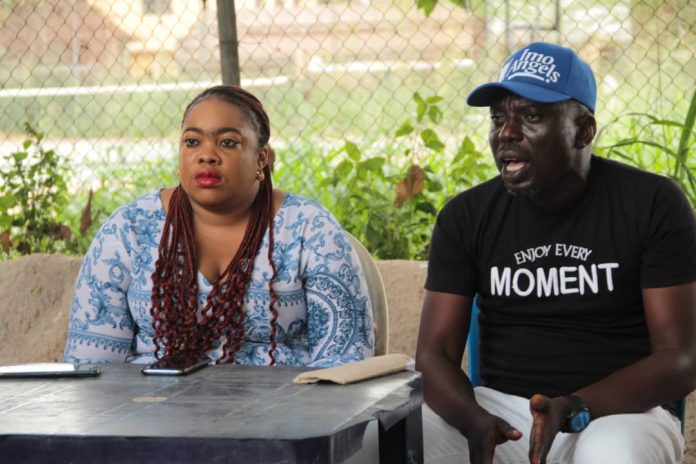 Imo Angels FC Chief Executive Officer, Lady Jenny Anusiem has stated the newly formed women football team has come to stay and that they are working harder to ensure that they sustain the tempo.

Imo Angels FC was on Saturday unveiled and presented to the public at the Owerri City Secondary School Playing Field, Wethedral Road, Owerri amid funfair and Anusiem in an interview assures that the club would be willing to take part in any tournament and at any level of the league when the chance comes.

“I’m happy we have unveiled the club and have told Imo people and Nigerians that Imo Angels FC is on ground,” Lady Anusiem told www.dasportstainment247.com.

“We will keep on training and getting ready for any tournaments and opportunities that could come from any of the leagues too. We wait until anyone comes up. Our doors are wide open for investors and sponsors too. I want those that have already keyed into what we are doing like Chioma Ajunwa Foundation, Desire Oparanozie Foundation, Allcity Bets, and some stakeholders that are already supporting us.

“For us at Imo Angels FC we are going to work hard to make sure we sustain what we have started. We have come to help the girl child. We are taking girls off the streets to make them stars.”

Meanwhile, Imo Angels FC thrashed Rotary Women’s team 4-0 in a friendly game to herald the unveiling with Gift Chinedu Chinaka scoring all four goals. Team A and B sides played against each other and Team B triumphed 2-1 with Chinaka again getting the two goals for Team B and Assumpta Onuekwusi scoring the lone goal for Team A.