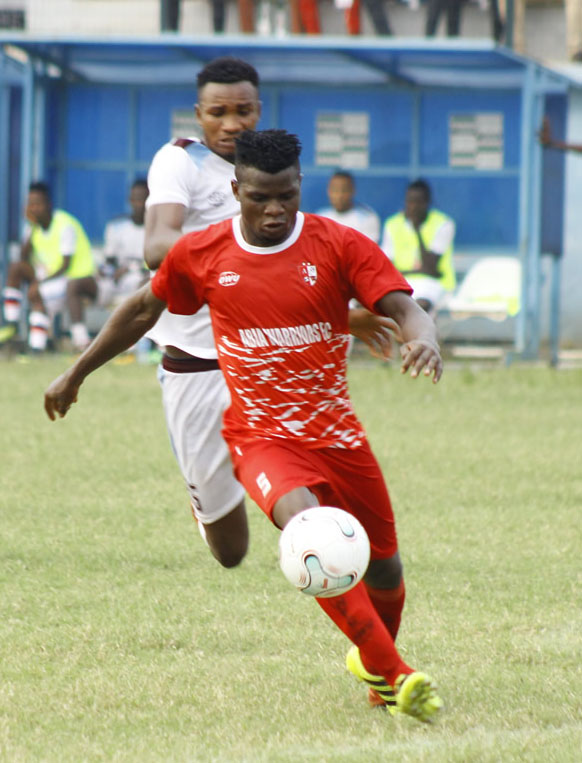 Long-serving Abia Warriors defender, Chinedu Ozor is keen on winning his first silverware with Abia Warriors as preparations for the forthcoming season gather momentum.
In an exclusive chat, the versatile defender stressed that his sole aim for the season is winning either the league title or the Aiteo Cup trophy.
He stressed that the club has been preparing hard to aim for either the Nigeria Professional Football League (NPFL) or the cup title.
“We have really prepared very well for the coming season,” Ozor told Dasportstainment247.com.

“With this kind of preparations and with what I am seeing in the team now, we are going to do well. We are coming for the league, not even the top four and I believe with the grace of God we will win the league.”
Ozor has been one of Abia Warriors consistent players in the past years.  He renewed his contract with the Umahia based side for his fifth consecutive season with the club, he said he is also prepared to take his career to the next level at the right time.
“I want to always play well because I am ready to work hard and see that I get better offers and the opportunity to play in the best leagues across the world,” he added.