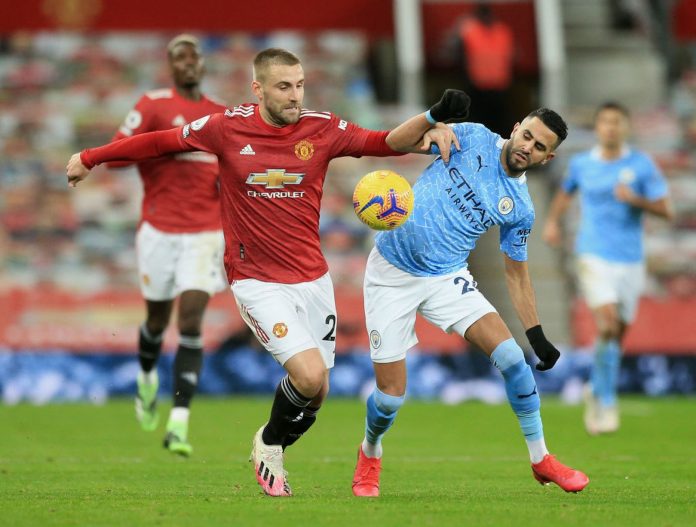 The semi-finals of the 2020/21 Carabao Cup will bring a mouthwatering Manchester derby, while Tottenham have a huge chance of reaching the final as they host Brentford in the other tie.

In a change from the competition’s usual two-legged affair, the semi-finals will instead be played over one leg in an attempt to reduce the already congested fixture schedule in the wake of the coronavirus pandemic.

Manchester United and Tottenham have been drawn as the home sides for the ties. The two ties will take place on the week beginning 4 January.

Spurs are through to the Carabao Cup Semi-Finals after proving they can do it on a cold Wednesday night in Stoke!

The Manchester derby will be a repeat of last season’s semi-final, with City progressing over two legs in the 2019/20 campaign and going on to lift the trophy for the third year on the trot.

Tottenham booked their place in the last four with a 3-1 victory over Stoke on Wednesday evening. Gareth Bale had given Spurs a first-half lead with a glancing header after a dominant opening 45 minutes, but they were pinned back in the second half through a Jordan Thompson half-volley.

But Spurs bit back and confirmed their semi-final spot thanks to a fabulous long-range drive from Ben Davies and a thunderous finish from Harry Kane.

The League Cup is the last piece of silverware Spurs lifted, having won the competition back in 2008.

United left it late to progress to the semi finals
Manchester United also confirmed their last four place on Wednesday evening with a 2-0 win over Everton thanks to late strikes from Edinson Cavani and Anthony Martial.

The game at Goodison Park appeared to be going to penalties, before Cavani produced a wonderful individual goal two minutes from time. Martial wrapped up the win with a close-range stoppage-time finish.

Brentford secured their place in the semi-finals of a major cup competition for the first time in their history with a 1-0 win over Newcastle on Tuesday, while defending champions Manchester City progressed to the last four for the fourth successive season with a convincing 4-1 victory over Arsenal.

City have won the competition four times in the past five years.