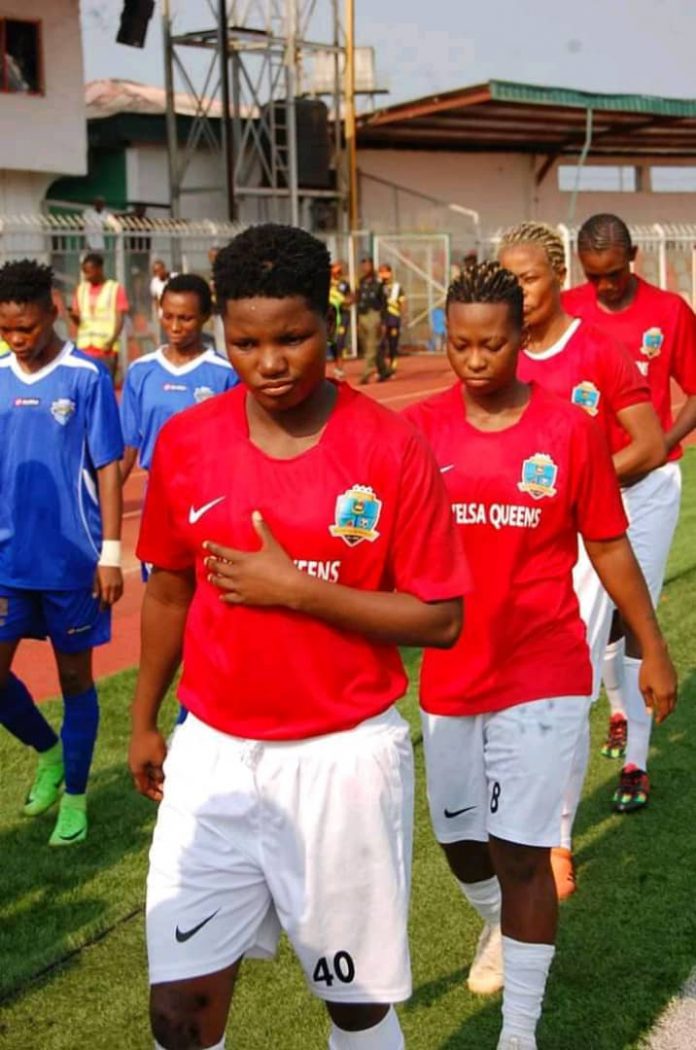 It was another thrilling mid-week as Matchday Three games of the 2021 NWFL Premiership season were played across seven centres.

The third week was exciting, exhilirating and action packed like the previous two matchday although goals dried up a little unlike last midweek when 21 goals were plundered with only 18 recorded this term but there were still lot of talking points and amazing results and even more.

www.thenwfl.com in conjunction with www.dasportstainment247.com did a quick review on how matches went down across seven centres on Wednesday and Thursday.

Ibom Angels recorded their first victory of the season with a hard-fought 2-1 victory over Royal Queens.

Blessing Nkor gave the ‘Orange Ladies’ the needed victory when she netted from a goalmouth scramble situation in the 78th minute.

Charity Reuben scored her first goal of the season and it was against a very difficult side, FC Robo Queens who lost their unbeaten start to the season in Yenagoa’s Samson Siasia Stadium.

The ‘Restoration Ladies’ are on a good run, grabbing their third straight win of the season. Osahon Emmanuel’s side had a couple of good chances in the first half, but wasted it and they got punished in the 53rd minutes through a superb effort from the lanky forward. The win has placed the Moses Aduku’s side on top of the log with nine points. They are the only team with 100 percent record in the three week old NWFL Premiership season.

Former league topscorer Amarachi Orjinma’s 52nd minute lone goal led to Delta Queens second victory of the season. Sunshine Queens gave a huge fight in the encounter but the defence line of Okowa Ladies were too strong for them and denied them some goalscoring chances.

The win means Sunshine Queens have won just once and lost the games they have played away in Yenagoa and now Warri. It was a perfect response to Delta Queens emphatic loss in Port Harcourt to Rivers Angels last week.

Osun Babes were slayed 3-1 in Lagos by FC Robo Queens last midweek and the Omoluabi Queens matched the scores of their last week conqueror against beleaguered Pelican Stars on Thursday morning at the Osogbo Township Stadium.

The “Omoluabi Queens” went goal berserk against Pelican Stars of Calabar. Two goals from Yemisi Samuel and a late penalty from Kafayat Bashiru put the ‘Ayade’ Ladies to the sword as they suffered their second defeat of the season.

Pelican Stars did record some great chances in the encounter, but failed to convert, before Yemisi Samuel’s header in the 69th minute broke the resistance of the hardfighting Pelican Stars. She doubled the lead with just five minutes of regulation time while Kafayat Bashiru put the icing on the cake with the third goal from the penalty spot scored in the stoppage time to give the Yinka Adunola’s side a comfortable win and their second victory this season.

Dreamstar Ladies suffered their third loss of the season in a game they fought so hard to earn at least a point in Umuahia. Camerounian international Maxi Bissong opened scoring for the home team before former Adamawa Queens forward Ayatsea Hembafen equalised for the ‘Galaticas’. Nmesoma Ibeh scored in the 84th minute to give the ‘Angels from the East’ their second victory of the season.

Three defeats in three games puts Christopher Danjuma’s side second from bottom on the NWFL Premiership table after another lost battle in Lokoja’s Confluence Queens.

The woes of the ‘Solid Babes’ was compounded by the Whyte Ogbonda’s side. Experienced midfielder Winifred Eyebhoria scored from the spot just some seconds before the end of the first half after Maureen Okpala handled the ball unknowingly in her 18 yard box. The win means Confluence Queens now has four points from three games, while Nasarawa Amazons are left with no point after three games.

It was night football in Benin and Edo Queens gave their all in a very pulsating encounter played at the Samuel Ogbemudia Stadium, Benin. A lot was expected from the home side who were out to protect their 100 percent start to the season but it was the visitors who scored first through Vivian Ikechukwu in the 79th minute to the chagrin of the home fans.

But former Sunshine Queens midfielder Elizabeth Zirike scored late in the 88th minute to ensure thet the spoils were shared in a game that was arguably the latest game in Nigerian football history.