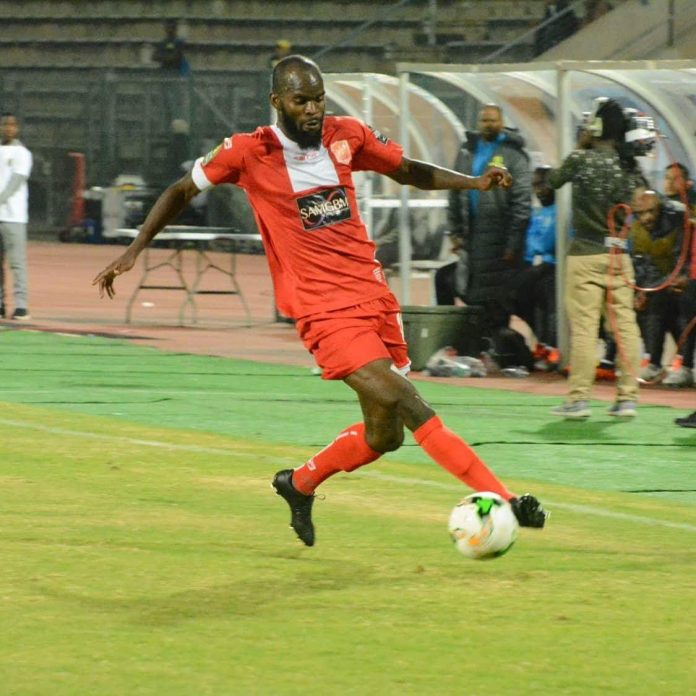 The former Abia Warriors and Rivers United forward said his vision for the year 2020 is to win Africa’s second-tier club competition and also get a better deal afterwards.

He noted this during an interview monitored on a popular radio station.

“Our vision for 2020 is to win the Confederation Cup because that is what my club, Horoya wants to achieve this year and we are working hard to be the best in the competition,” said Sakin who also maintained that he has no plans to stay in the club beyond this year after his contract expires.

“The year 2020 just started and I hope good things will come this year. At the end of the season, it is only God that can tell but I know I will not be here after this season. I will not be here for another year because my contract will soon run out.”

He also sounded optimistic about his future stressing that there are many offers for him to consider when he leaves Horoya.

Horoya have slipped to the fifth spot in the seven weeks old Guinean league with 11 points from six games after their last weekend tie with Hafia was postponed because of their CAF Confederation Cup Group C tie. They had played out a goalless draw away with third-placed Fello Stars.

Horoya are only a point adrift of league leaders, Ashanti GB who have 12 points from seven matches.

However, Horoya are top of Group C in the Confederation Cup which involves Djoliba who are second and followed by Al Nasr and Bidvest Wits.

The Guinean club played out a goalless draw away to Djoliba at the Stade du 26 Mars in Bamako in the Matchday Four tie of the CAF Confederation Cup as a follow up to the lone goal victory they had against the Malians late last year. The Guineans won the first leg 1-0.

Horoya are on top of Group C with eight points from four games while Djoliba (5), Al Nasr (5) and Bidvest Wits (2) are second, third and fourth respectively ahead of the next round of games next weekend.

Sakin moved abroad in 2017 after a stellar season with Port Harcourt based Rivers United in the CAF Confederation Cup also.